What I Just Told the Obama Administration About For-Profit Colleges 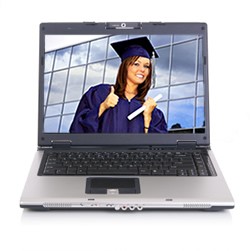 The U.S. Department of Education is now engaged in a series of public hearings on higher education issues, including reforms to curb the abuses of predatory for-profit colleges. It is also accepting written comments from the public.  I attended the opening hearing last week in Washington, DC, and I tweeted (May 21) about the powerful presentations of reform advocates and the stonewalling strategy of for-profit colleges.  For several years I have been in touch with numerous former students and staff of for-profit colleges. Some have filed with the Department harrowing accounts of deceptive and abusive practices by these operations, and I plan to highlight some of those soon.

Today, I want to share my own comments to the Department of Education. You can read them here. Below I have excerpted a few portions.

In the public hearings the Department has been holding, representatives of for-profit colleges have urged you to postpone rulemaking and allow Congress to address the issues through reauthorization of the Higher Education Act. What they are actually seeking through this approach is to make sure nothing happens that would impede the flow of federal dollars to even the worst actors in their industry.

For-profit colleges receive as much as $33 billion a year in taxpayer money. They use millions of dollars from those federal revenues to hire the most expensive and connected lobbyists, litigators, and public affairs strategists in Washington, and to provide campaign contributions, in an effort to avoid reforms that would hold them accountable for deceptive and abusive practices that harm students and taxpayers alike. During the first Obama term, the industry used these resources to prevent reform measures on Capitol Hill and to enlist Members of Congress to pressure the Administration to forego regulatory changes. No doubt that is what many for-profit colleges would like to do again in the next round.

Numerous government and media investigations have now revealed the truth about this industry, and I believe the political tide has turned to a significant extent. But the for-profits’ riches may continue to force a congressional stalemate on these issues, thus blocking reforms through the HEA or otherwise. In other words, leaving the decisions to Congress may well mean doing nothing. On the other hand, President Obama was re-elected last year six months after making a strong, unambiguous statement at Fort Stewart, Georgia, about the need to crack down on for-profit college abuses, and he defeated an opponent, Mitt Romney, who expressly endorsed and received extensive support from the industry. This Administration has clear authority – statutory authority and moral authority – to implement effective regulations to curb abusive practices by for-profit colleges. You owe it to our citizens to do so promptly.

Among the many untruths uttered by predatory for-profit colleges, two stand out for me.

The first is that their schools “should be congratulated” for enrolling many low-income students that other schools might turn away. I actually heard a top for-profit college lobbyist use that phrase once in a small room meeting. It is a remarkable statement. These enterprises should be congratulated, and I will be the first to do so, if and when they actually train most or all of their students for rewarding, remunerative careers. They should decidedly not be congratulated for what many of the big players in the industry now do for a great number of their students – simply mislead them, enroll them, cash their financial aid and private student loan checks, and then leave them adrift, in weak and often worthless programs.

The second untruth is that today’s for-profit schools represent a free market alternative to traditional higher education. I support the idea of private sector involvement in higher education as a way to spur innovation and efficiency. But today the for-profit college industry’s big players are spurring anything but, and they are getting rich off a revenue stream that is 86 percent federal dollars. Theirs is a government program, not a free market program. And the issue before you is whether to tolerate a federal regulatory status quo that rewards waste, fraud, and abuse, or whether instead to rewrite the rules to reward schools that actually are helping their students and vindicating the federal investment in higher education.

Standing with our soldiers at Fort Stewart, Georgia, a year ago, President Obama signed an executive order aiming to protect U.S. troops, veterans, and their families from predatory abuses by for-profit colleges. The President charged that some for-profit education companies “aren’t interested in helping you…. They are interested in getting the money.” He called their conduct “appalling” and “disgraceful” and told the troops that these schools are “trying to swindle and hoodwink you.” He was absolutely right, and the moral urgency of his remarks demand that his Administration continue the essential, arduous work of protecting our students from predatory colleges and the mountains of student debt they take home as profits. That includes ensuring a strong gainful employment rule, one that implements an essential, common-sense principle:

Federal aid should go only to those career education programs that effectively train students and help them build careers.