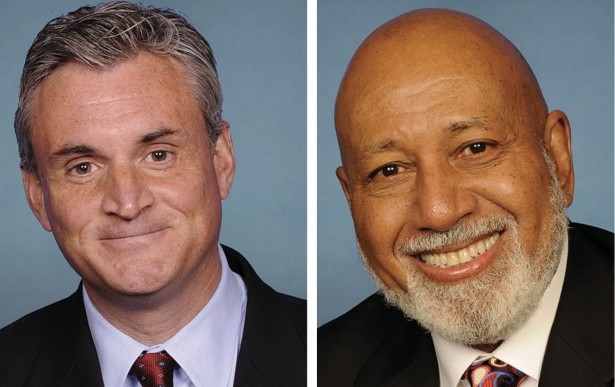 Thirty House Democrats ended up signing a letter to Secretary of Education Arne Duncan that was organized at the behest of the for-profit college industry. The prime movers of the letter, Representatives Alcee Hastings (FL) and Rob Andrews (NJ), both are regular recipients of campaign cash from this industry.  But the industry did not get all it wanted.

First of all, although the letter seemed to be timed to coincide with the final round of Department of Education negotiations with outside stakeholders held on Friday, it wasn’t actually released until Saturday, buried from media scrutiny. Perhaps that was because some signers did not want to be caught doing the bidding of wealthy, predatory education companies when they should instead be standing with the veterans, single mothers, and others in their districts who have been deceived and abused by these schools.

More importantly, the letter was watered down from the version that was circulating among House members earlier last week. In particular, the final letter dropped a key sentence from the draft, which echoed language used by for-profit college lobbyists:

We therefore believe that it makes little sense to enact a major GE rule, just as Congress begins to consider whether to maintain or change current law in this area during the Higher Education Reauthorization process.

It’s significant that the organizers of the letter cut what was really the heart of the letter — calling on the Obama Administration to drop its effort to issue a new gainful employment rule, a regulation that would penalize career college programs that failed to prepare students for decent-paying jobs.  In the end, the letter simply asked for some data relating to these issues.

Unfortunately, the Department of Education dramatically weakened its own draft rule last week, so the pressure brought by for-profit college lobbyists and their beholden Hill Democrat friends may have had its desired effect. But it’s interesting to note that some Members approached to sign the letter must have pushed back on the message.

One member,  Rep. Frederica Wilson (FL) ended up signing both the Hastings-Andrews letter, and a competing letter, organized by Representatives Mark Takano (CA) and Elijah Cummings (MD), and signed by 31 Democrats, backing the interests of students and taxpayers by supporting the issuance of a gainful employment rule.  It’s possible that Hastings and Andrews watered down their letter at the last minute in hopes of getting enough signers to beat their opponents.  But they still fell just short.