If A For-Profit College Becomes a Non-Profit, Is That Good? Not Necessarily

posted at 9:45 am by David Halperin 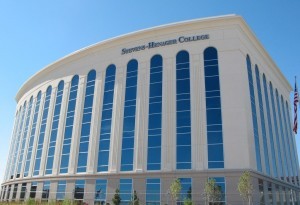 In the past two years, as the public has come to recognize that many for-profit colleges have been ripping off taxpayers and ruining students’ lives, enrollments have declined, and the once-mighty industry has gone into a tailspin. A number of schools, such as American Career Institute and ATI have abruptly shut down many or all of their campuses, leaving students out in the cold, their futures uncertain. The biggest companies in the sector, including the University of Phoenix, Career Education Corp., EDMC, Corinthian Colleges, and Washington Post-owned Kaplan, have downsized as their revenues and share prices have sharply plummeted.

Now, a small but increasing number of schools are pursuing a new survival strategy: transforming their for-profit institutions into more traditional non-profit schools. Indeed, at its last annual convention, held in Las Vegas, the industry’s trade association, APSCU, offered a presentation (pdf) by lawyers about just how to make such a conversion, as well as the pros and cons of doing so. But there are potential dangers to the public when one of today’s for-profit schools becomes a non-profit.

It’s easy to see why some for-profit college owners now might want to take their institutions non-profit — to escape the bad reputation of their sector; to become eligible for private, tax-deductible donations and more state grants; to enjoy tax-free status; and, perhaps above all, to avoid strengthened federal and state regulations aimed at preventing for-profit college abuses.

The biggest potential downside for changing, from the perspective of for-profit college owners, is that, under their present status, they have been reeling in a ton of money. This industry’s special brand of free market capitalism is almost entirely dependent on government cash — as much as $33 billion a year in federal funding for this industry, with many for-profit schools getting 85-90 percent of their revenue from taxpayers. Top executives and private equity investors have been taking home millions of these dollars every year. The previous CEO of Kaplan, Jonathan Grayer, received a $76 million compensation package when he resigned in November 2008. Todd Nelson of EDMC increased his pay from $1,812,996 in 2009 to $13 million in 2011, even as his company’s stock was falling.

What the rest of us should worry about is the prospect of some for-profit college executives, who have gotten rich by peddling a toxic mix of deceptive recruiting, low-quality programs, and sky-high prices, taking the helm of tax-exempt, non-profit charities that are supposed to serve the public interest. The concern is that some of these sharp operators may attempt to use their newly-transformed non-profit colleges as private piggy banks, or use their new status to continue selling predatory programs to vulnerable students — veterans, single mothers, immigrants, low-income people.

The most recent recipient of one of these sector change operations is Stevens-Henager College, headquartered in Ogden, Utah, which has about 10,000 students online and on ten campuses in Utah and Idaho. The school offers degrees in business, health care, information technology, and graphic arts.

Stevens-Henager’s CEO, Eric Juhlin, explained to the Idaho Statesman that the switch was made to allow the college to obtain private donations and, according to the paper, “to meet the long-term vision of its single shareholder, Carl Barney, who purchased Stevens-Henager about 15 years ago.”  The paper also noted that Juhlin is a board member of the Center for Excellence in Higher Education, “the new name for Stevens-Henager Inc.”

But there are reasons to be concerned about this new entrant to the non-profit college sector. Stevens-Henager and three affiliated schools were all, according to one of their admissions supervisors whom I reached by phone, converted to for-profit status on January 1, and their umbrella for-profit entity, actually called CollegeAmerica, Inc., became part of the non-profit Center for Excellence in Higher Education. But a new January 14 job posting, says that CollegeAmerica, Inc. is hiring and it “is a privately held company that … operates for-profit Colleges and owns Stevens-Henager Colleges in Idaho and Utah.” The supervisor I spoke with at the college, whatever its name is, said that despite the formal conversion, the school was still “in transition.”  The job posting is for an “admissions consultant,” but it is explained that the job is a “sales position” requiring “exceptional persistence” and the ability to work evenings and weekends, and that sounds a lot like the boiler-room style recruiting of for-profit colleges.

What kind of school has Stevens-Henager been? One of its employees wrote a letter to authorities alleging a lack of standards and integrity in the school’s recruiting: “Our admission representatives are required to enroll anyone and everyone. All entrance and diagnostic testing has been eliminated… Toothless and homeless people are not marketable and will never pay back student loans. We still enroll them….  Our director said, ‘Get 40 people and I don’t care what you say or do to get them.'” Numerous students have reported that the school only cares about making money, not about helping students.

Stevens-Henager and its affiliated colleges have established records of leaving their students deep in debt. For example, as of 2009, 40.2 percent of students of the Flagstaff, Arizona, campus of CollegeAmerica defaulted on their loans within three years. The figure was 38.8 percent at the CollegeAmerica campus in Denver, and a still-high 24.7 at the Stevens-Henager campus in West Haven, Utah. For comparison, the default rate at Michigan State University was 4.3 percent.

Carl Barney, who was sole owner of the for-profit incarnation of Stevens-Henager, obviously does not agree with those who have criticized his school. Barney wrote an impassioned defense of for-profit education less than two years ago, calling on his fellow owners to respond to what he considered unfair attacks on the sector. According to Barney:

Our sector of education has been under planned, massive attack from some government officials, government colleges and universities (our competitors), consumer groups, plaintiff attorneys, and teachers’ unions ad nauseum. And, into this unholy alliance, like vultures, we have discovered that short-sellers were the chief planners and orchestrators.

Barney argued that the for-profit sector was being attacked, through “ugly slander and denunciations by Senator [Tom] Harkin and promoted by some in the media,” because of the greed of Wall Street short-sellers who bet against the industry (a familiar claim by for-profit college executives); and because the sector is “enormously successful” and thus a threat to other colleges. A third reason claimed by Barney is

philosophic – the most powerful reason. It underlies and ‘justifies’ much of the disgraceful, unethical, and criminal activities of our adversaries: the Marxist view of profit…. There are many in Washington and in government colleges and universities who are convinced that profit is evil; and, therefore, what we do is evil…. Their view regarding profit as evil is their justification for vilifying us and for trying to damage us.

Barney is on the Advisory Board for the Clemson Institute for the Study of Capitalism and the board of the Ayn Rand Institute. Given Barney’s strong defense of the profit motive in higher education, how can it be that conversion of the school he owned into a non-profit meets his long-term vision for the school, as his subordinate told the Idaho Statesman?

And what is The Center for Excellence in Higher Education, the non-profit that now controls Stevens-Henager? Based in Indianapolis, the Center, according to its website, “was established by a small group of philanthropists who have donated millions of dollars to U.S. colleges and universities and are concerned about higher education’s continuing decline.” The Center was launched in 2007 with “$5 million in seed money from groups that have been skeptical of giving to colleges. They include the Marcus Foundation (headed by the co-founder of Home Depot), Templeton Foundation and John William Pope Foundation….” The Pope Foundation is chaired by well-known North Carolina conservative activist Art Pope.

The Center’s website says that “Through effective philanthropy, due diligence, proper governance, and management accountability… America’s colleges and universities can be transformed into high-performing institutions that prepare today’s students to be tomorrow’s leaders…. The Center for Excellence in Higher Education is committed to helping donors, alumni, trustees, elected officials, and college administrators pursue meaningful structural reforms.” The organization’s 2011 990 form filing with the Internal Revenue Service indicates that the Center has been relatively small, taking in contributions of $68,000 in 2010 and just over $1 million in 2011, with assets of $559,000. It’s not clear what in the Center’s track record has prepared it to actually run colleges.

Other recent conversions of for-profit colleges, including Keiser University and Remington College, both based in Florida, have raised concerns — including about the structure of the transaction, the salaries of the new non-profit college’s leadership, and disclosure to the public of relevant facts. (Keiser apparently remains a member of the for-profit college trade association, APSCU, even though it became a non-profit in January 2011. Indeed, Keiser’s chancellor, Arthur Keiser, remained the chairman of APSCU until July 2012.)

The presentation by lawyers at the APSCU convention last summer made clear the “regulatory advantages” of a for-profit like Stevens-Henager selling itself to a non-profit like the Center for Excellence in Higher Education. As a non-profit, a college would, after a year, no longer be subject to the federal government’s 90-10 rule, which requires for-profit schools to obtain at least 10 percent of their revenues from funds besides U.S. Department of Education financial aid. Many for-profit colleges struggle to meet this requirement, hovering around 86 percent, even though military and veterans benefits count on the non-federal side of the ledger. Now, some Members of Congress are talking about protecting students by making this rule tougher, which would increase the challenge of complying for schools that are heavily dependent on federal money.

Senator Harkin’s HELP committee has concluded that Keiser University’s concern about its compliance with the 90/10 rule “likely played a role in Keiser’s conversion to non-profit status.” The committee report added, “Conversion to non-profit status to avoid a regulation would seem to defeat the purpose of the non-profit tax status, which is to provide an educational and charitable public purpose that justifies exemption from Federal taxes.”

Non-profit status also allows colleges to generally avoid the Obama Administration’s “gainful employment” rule. This regulation is currently blocked by a lawsuit filed by APSCU, but if implemented would penalize for-profit college and trade school programs for consistently leaving students with overwhelming debt. In the Department of Education’s initial evaluation of compliance with the gainful employment rule, two out of eight Stevens-Henager programs, one out of two programs at another affliated school, California College San Diego, and all four CollegeAmerica programs failed all three prongs of the federal test. In that light, the appeal for the school of conversion to non-profit status — despite its founder’s love of for-profit education — becomes clear.

But the APSCU legal presentation is also replete with warnings that becoming a non-profit could put a real damper on the capacity of the barons who run for-profit colleges to keep raking in big bucks from their schools. Their school must be sold to the non-profit at current market value, meaning much less than many schools were worth a few years ago, before the industry took a sharp dive. Compensation payable to former owners by the new for-profit “is limited by federal income tax laws.” Non-profits have greater public disclosure requirements.  There are restrictions on engaging in ancillary for-profit activities and restrictions on political activity. And, of course, “Owners lose control of institution.” The dreaded loss of control. The question is whether the once all-powerful owners of for-profit institutions will accept all these limitations, or instead will look for ways to get around them.

Government authorities, including the Department of Education and Internal Revenue Service, should carefully monitor these conversions of for-profit colleges into non-profit institutions — whether the financial transaction is structured in a way that unjustly enriches a few, whether the new non-profit executives are paying themselves too much for a non-profit, tax-exempt institution, and whether some of these schools use their new status as a license to continue to fleece students and taxpayers.