posted at 8:32 pm by David Halperin 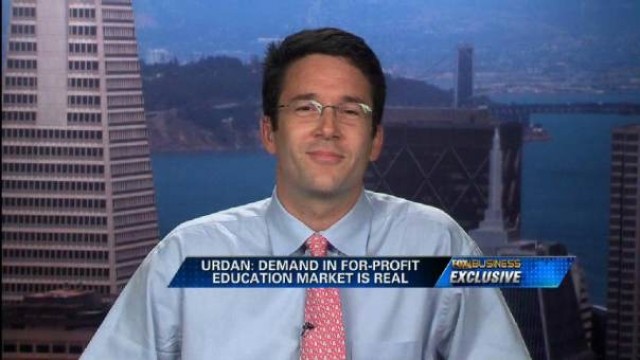 A Wells Fargo stock analyst, who boosts for-profit colleges while frequently overlooking their abuses, lays the blame for one particularly predatory college’s high failure rate at the feet of low-income students, or, as he calls them, “subprime” students.

Summarizing a presentation by Corinthian Colleges, which has one of the worst records of serving students of any for-profit college, analyst Trace Urdan wrote that “essentially all of Corinthian’s borrowers can be characterized as sub-prime.” Urdan’s report finds that Corinthian “remains viable and potentially appealing in the long term” for investors, and blames federal rules for the company’s struggles.

After I reported Urdan’s statement on Twitter, we engaged in a discussion (see below) in which Urdan appeared to blame Corinthian students for ending up with overwhelming debt.

Here are the facts about Corinthian:

Urdan’s conclusion, however, when I cited Corinthian’s abysmal record, was this: “School offers quality instruction and opportunity. Students make of it what they will.”

Blaming the students that way is remarkable, given the evidence that Corinthian has engaged in fraudulent conduct. It’s like saying about a restaurant that serves poison-laced food, “Diners make of it what they will.”  If the majority of students drop out of Corinthian schools, and the majority of students can’t pay back their loans, the school is clearly doing things wrong — charging too much, offering poor quality programs, failing to deliver on promises to train people for productive careers.

But Urdan keeps working to blame others besides the for-profit schools. At a Department of Education hearing last week in San Francisco, Urdan criticized the Department for rulemaking processes that he said harmed investors in for-profit colleges, according to people who attended.

This week an LA Times columnist covered a story that I wrote about in April — the dismaying decisions by former Defense Secretary Leon Panetta and National Urban League President Marc Morial to join the Corinthian Colleges board of directors. The Times article drew a wholly unresponsive PR response from Corinthian president Jack Massimino.

@DavidHalperinDC When subprime borrowers default on mortgages, do you blame realtor, lender, or buyer?

@Trace_Urdan If realtor or lender was under investigation by 6 state AGs & CFPB & paid $6M re claims it falsified records, I’d start there.