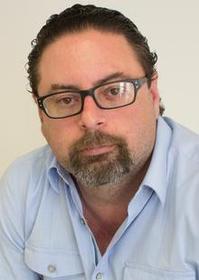 On Friday, prosecutors in Miami charged the politically-connected CEO of for-profit Dade Medical College, Ernesto Perez, with the felony charge of providing false information through a sworn statement, plus two misdemeanor counts of perjury. When Perez was named to Florida’s Commission on Independent Education — a panel charged with overseeing schools like his — he omitted criminal convictions and arrests from his Senate confirmation questionnaire.

In 1990, Perez was arrested in Wisconsin for second-degree sexual assault of a child, after members of his heavy metal band, Young Turk, sexually assaulted a 15 year old girl. He eventually pleaded no contest to misdemeanor charges of battery and exposing himself to a a child and was sentenced to and served six months in jail. In 2002, Perez was arrested in Miami for aggravated assault.  Yet in the 2011 and 2012 questionnaires, Perez allegedly checked the “no” box when asked if he had faced criminal arrests or charges. Prosecutors say Perez also failed to disclose his Wisconsin conviction in a 2012 court filing seeking to get his Miami arrest expunged.

Perez told the Miami Herald that if he failed to fill out any forms correctly it was an “honest mistake.”

Dade Medical College has been rapidly growing and now has 2,000 students across five campuses in southeast Florida and one in Jacksonville. It offers programs in nursing, massage therapy, ultrasound diagnostics, and other health careers. Tuition for a two-year associate degree ranges from $16,000 to $60,000 — far more than at Florida public colleges. Many of the students are low-income; 84 to 91 percent receive federal Pell Grants and student loans. The college gets more than 87 percent of its revenue from federal student aid. In fiscal 2010-11, Dade Medical got $15 million in revenue from that federal aid. By 2011-12, that number was at least $33 million.  (For-profit colleges across America have taken in as much as $32 billion overall in a single year.)

With his school heavily dependent on taxpayer largesse, the Florida New Times has called Perez “one of the most politically influential for-profit college owners in Florida.” (And, if you know this industry, that’s saying something.)  Perez and his wife have given at least $100,000 to political candidates and PACs, with recipients including Barack Obama, Mitt Romney, Senators Marco Rubio (R-FL), Bill Nelson (D-FL), Harry Reid (D-NV), and Robert Menendez (D-NJ), Reps. Debbie Wasserman Schultz (D-FL) and Joe Garcia (D-FL), and, of course, Mayor Bateman. Two Florida governors in four years have tapped Perez for the Florida Commission for Independent Education. According to the New Times, at least two Florida officeholders — state Senator Rene Garcia and Miami Lakes council member Nelson Hernandez — are actually on the Dade Medical payroll.

Perez told the New Times how it’s done: “Whether you’re running a hot-dog stand or a national conglomerate, you need access to these individuals if you want to engage the political process.” But, he says, “if you look at the amount of money we’ve contributed, we don’t get a lot in return.”

Not everything, anyway. Over the summer, the Florida Board of Nursing put some of Dade Medical’s nursing programs on probation, after students flunked the nurse licensing test at alarmingly high rates.

The New Times talked with a Dade Medical students who said, “I don’t know how they are still in business. The teachers aren’t prepared for class, and the administration is a mess.” Another added, “The professors are inexperienced and disorganized. You are basically on your own.”

More than 25 percent of Dade Medical students default on their student loans within three years of graduating or dropping out.

Perez may not be shunned by his peers; the for-profit college industry has demonstrated a remarkably high tolerance for misconduct by its members. But will Florida Attorney General Pam Bondi, who has been probing for-profit colleges, take a closer look at Perez’s operations?