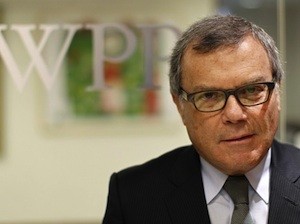 This morning Thomas Edsall has a piece in the New York Times exploring the “corporatization of K Street” by big lobbying conglomerates. Few have noticed, but multinational lobbying firms have bought up many of the largest names in lobbying over the past few years. One firm in particular, the London-based WPP Group, owns dozens of Beltway firms, including Democrat-friendly ventures like Blue State Digital and Glover Park Group, as well as top GOP firms, like Prime Policy Group, the lobbying shop run by Mitt Romney advisor Charlie Black.

Earlier this year, I wrote about WPP Group on Alternet.

Last summer, Sir Martin Sorrell, chief executive of the WPP Group, told investors that he is bullish for this year. Political spending in the United States, Sorrell said confidently, “has already kicked off” and will rise to $4 billion — “as best as we can anticipate.” “The Supreme Court decision recently,” he said referencing Citizens United, “on lobbying and funding of lobbying, pushes it further.”

In light of the Edsall piece, it’s worth taking a look at the video. View a clip of the WPP Group shareholder meeting below: