Its Customers Are Decimated By Foreclosure, But Wells Fargo Lobbies Against Increased Oversight 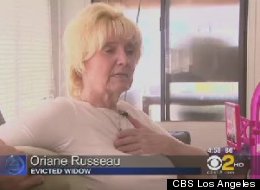 Norman Rousseau, a Newbury Park, California resident, spent last Saturday trying to fix an old RV. His house was being foreclosed upon by Wells Fargo and he apparently wanted to make sure his family had somewhere to live. But Sunday mid-morning, he shot and killed himself, CBS Los Angeles reports.

The Rousseau family has been engaged in a battle with Wells Fargo since January 2011, when Norman and his wife filed a lawsuit agains the bank. The Huffington Post summarizes:

The trouble started when the Rousseaus refinanced their mortgage, finding out much later that their interest rate actually increased after they did so, the lawsuit states. On top of that, the lawsuit claims that the couple was convinced to roll their credit card debt into the loan, ostensibly prolonging and increasing that debt as well, according to Chris Gardas, the attorney representing the Rousseau family.

At the time, the deal “tasted like honey” to Rousseau, who believed she and her husband had made a solid financial decision, Gardas told The Huffington Post.

Then in May 2009, Wells Fargo allegedly denied it had received the Rousseaus payment for that month. Later, the bank would change its story, blaming the mix-up on putting a stop on the couple’s check, CBS Los Angeles reports.

This is tragic and we can’t entirely blame malfeasance by Wells Fargo for Mr. Rousseau’s unfortunate death. But it’s wrong that Wells Fargo couldn’t properly serve its customers like the Rousseaus — especially when you consider how hard the bank works to avoid the regulations that might have helped the Rousseaus make sense of their foreclosure nightmare.

Perhaps Wells Fargo’s — and, thanks to its generous tax breaks, the American people — money is better spent helping its customers, like the Rousseaus, navigate the tricky world of mortgage financing, instead of helping itself navigate the generously loopholed American tax system.