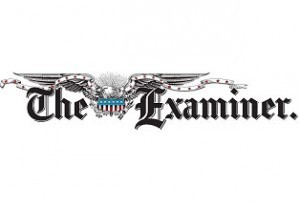 Two months ago, the Obama administration and 49 state Attorneys General announced a settlement with the Big Banks that engaged in fraudulent lending practices that abused homeowners and often left taxpayers with the bill. This settlement was made final last week.

Today, the highly influential conservative newspaper the Washington Examiner editorialized against this settlement, saying that it essentially lets banks “get away” with fraud and that it doesn’t redress the crimes committed:

There is no excuse for banks filing forged or back-dated foreclosure documents with state courts and county recorder offices. Unfortunately, that is exactly what many of the nation’s largest banks did during the height of the recent financial crisis. And a new settlement approved by a federal judge in Washington last week essentially let them get away with it. […] The banks fraudulently filed the foreclosure papers, not the investors who bought the securities the banks issued. But it will be the investors, not the banks, who pay for the principal write downs. “Think about this,” [Pacific Investment Management Co.’s Scott] Simon explained. “You tell your kid, ‘You did something bad, I’m going to fine you $10, but if you can steal $22 from your mom, you can pay me with that.'”

The settlement made final last week doesn’t redress the crime committed. It doesn’t address the foreclosure crisis. It punishes innocent parties. No wonder the Obama administration can’t figure out how to end our foreclosure mess.

The Washington Examiner does fail to explain why the Obama administration and Attorneys General’s used such a soft-on-crime approach with respect to the Big Banks. When the settlement was initially announced, we created the following infographic to show that the banks increased their donations by 88 times to Iowa Attorney General Tom Miller after it was announced that he’d be taking the lead in the settlement:

Republican Attorneys General also received a large surge of banking donations prior to signing the settlement, something the Examiner should also note. The conservative paper should recognize that a campaign system that lets special interests write the bulk of campaign checks will inevitably result in corrupt public policy decisions like the bank settlement.