posted at 6:09 pm by Suzanne Merkelson 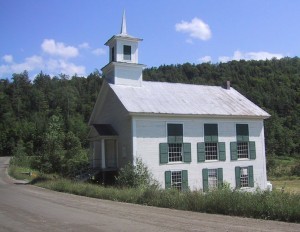 There’s a lot to like about the state of Vermont: cheddar cheese, Chubby Hubby, maple syrup, and the Green Mountains. And now, a thorough rejection of corporate personhood.

Yesterday, in what the Associated Press called “the most concerted effort” to amend the U.S. Constitution to declare that corporations are not people, 58 Vermont communities voted in support of an amendment that would overturn the U.S. Supreme Court’s 2010 Citizens United decision. Vermont’s 58 towns join cities including Portland, Maine, New York, and Los Angeles in passing measures repudiating Citizens United.

The calls for reform in Vermont represent, “the broadest grassroots uprising yet against the Citizens United ruling,” observed journalist John Nichols, speaking on Democracy Now yesterday.

Vermont has a long history of participatory democracy. Citizens have gathered at Town Meeting Day, the first Tuesday of March, for over 200 years. This year, they focused on getting money out of politics:

“People are starting to put the pieces together; they’re all doing it all at the same time, all across the country,” said Bill Butler, of Jericho, who helped write the proposal being considered by many Vermont towns.

Citizens United is one of a series of decisions and laws that have paved the way for corporations, unions, and people to raise and spend unlimited campaign funds via super PACs. “Corporate personhood” is a legal concept that gives corporations similar rights (including freedom of speech) to individual people.