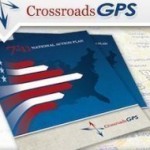 The Huffington Post’s Paul Blumenthal reports that Senators Al Franken and Check Schumer are pursuing an investigation into the new array of 501(c)(4) political nonprofits that are raising and spending hundreds of millions of dollars in elections:

The letter came amid rising concerns that nonprofit groups are acting primarily as political vehicles after the Supreme Court’s January 2010 decision in Citizens United v. Federal Election Commission (FEC) allowed them to spend money on express advocacy of candidates, which was previously banned.

Because of their nonprofit status, these groups do not have to disclose donors, making them appealing vehicles for secret political donations in recent years. Social welfare nonprofits, organized under section 501(c)(4) of the tax code, have tax-exempt status as long as their primary purpose is social welfare causes.

While the media has obsessed over Super PACs, the unlimited spending vehicles enabled by the Citizens United Supreme Court decision, these entities at least disclose their donors. Groups organized as nonprofits, including the U.S. Chamber of Commerce, Crossroads GPS, Americans for Prosperity, the Sierra Club, and others have no obligation to disclose their donors, and can also spending unlimited amounts of corporate money in elections. View a copy of the letter from Senators calling for an investigation below: