This Is Why You’re Fat: The 2012 Farm Bill And The Real Obesity Lobby 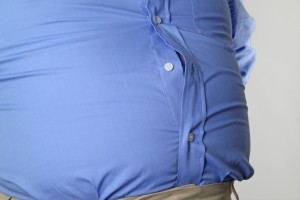 Nearly half of all Americans will be obese by 2030, researchers reported at the Center for Disease Control and Prevention’s Weight of the Nation conference in Washington earlier this month. 42 percent of us are projected to be obese, placing a huge strain on our already compromised health care system. Brian Fung at The Atlantic points out that the healthcare costs of obesity — $550 billion over the next two decades — is more than the U.S. Department of Defense asked for in its fiscal year 2013 budget.

There are a lot of reasons — chemical, psychological, environmental — for why people are obese. But explaining societal obesity means looking at what the food system is providing for us to eat — and how government policies might promote certain foods over others.

“In the political arena, one side is winning the war on child obesity,” a new Reuters report on the food lobby begins. “The side with the fattest wallets.”

That’s entirely true. As Reuters reports, the food and beverage industry has been relentless in Washington lately, more than doubling their spending in Washington during the past three years, completely outpacing public interest groups looking out for children’s health:

The Center for Science in the Public Interest, widely regarded as the lead lobbying force for healthier food, spent about $70,000 lobbying last year — roughly what those opposing the stricter guidelines spent every 13 hours, the Reuters analysis showed.

The food and beverage industry has definitely outsmarted the federal government when it comes to targeting children: Efforts to tax soda have been crushed; 16 states have been persuaded to prohibit lawsuits over fatty foods; Congress has even declared pizza a vegetable, for Pete’s sake. The Boston Globe notes that young people fighting obesity have little chance against the food and beverage industry who “have waged an unprecedented war against even voluntary guidelines.” Even supposed Obama allies, like former White House communications director Anita Dunn, have been hired by the industry to lobby against obesity initiatives.

Obesity is complicated enough on an individual scale, societal obesity even more so. Certainly, we can blame marketing sugary cereals and 2,000-calorie burgers to kids for part of the obesity epidemic. But we can trace the roots of this problem even further, back to the 1930s, when taxpayers started subsidizing American agriculture.

The farm bill, first enacted during the Great Depression and renewed every five years or so, includes food stamps for the poor, international food aid, conservation programs, and subsidies for farmers, which lets them ride out bad crop years and compete with farmers in other countries. Critics have long derided subsidies, noting that they promote the growing of crops like corn and rice over others, like vegetables. The farm bill is up for reauthorization this year.

Michael Pollan, author of The Omnivore’s Dilemma, is one of those critics. He traced the massive amounts of subsidies received by corn growers  — $73.8 billion over 15 years — to the rise of high fructose corn syrup, the fattening substance that Vice President Joe Biden said was more dangerous to Americans than terrorism. Variations of the farm bill over the years have helped make “Twinkies cheaper than carrots and Coca-Cola competitive with water,” Pollan wrote in the New York Times during the last debate over the farm bill, in 2007. The 2007 version of the farm bill expires in September.

The 2012 Farm Bill, which recently passed through the Senate Agriculture Committee, seems to reflect some of those criticisms. As part of the federal government’s effort to cut spending, the Ag Committee proposed a massive overhaul of the current subsidy program. The Senate bill eliminates $5 billion of annual subsidies in the form of direct payments and counter-cyclical payments to farmers, as well as the Average Crop Revenue Election Program, which started with the last farm bill. This might sound like Congress is actually listening to the concerns of food activists.

But the Senate proposal continues to give away tens of billions of dollars in subsidies to Big Agribusiness, at the expense of programs benefiting conservation, nutrition, and new farmers. The food blog Civil Eats calls the proposal an “all-you-can-eat-buffet for the subsidy lobby“:

Most of the benefits of these proposed programs would flow to the big five commodity crops (corn, soy, cotton, rice, and wheat) that provide feed for livestock, raw material for processed food and corn ethanol fuel for our cars.

There’s no data available yet on lobbying on the new farm bill, but by taking a look at OpenSecrets’ database on the 2007 bill, provides a look at who might be involved this time around: Big Agriculture — which spends millions lobbying the federal government on food policy. The agriculture biotechnology giant Monsanto spent $8.8 million on lobbying in 2008, much of it on 22 specific issues contained within the farm bill (which was renewed a bit late). Other big names shelling out big cash on the farm bill are Verizon, the American Farm Bureau, Kraft Foods, PepsiCo, Koch Industries, the American Beverage Association, and, naturally, the American Corn Growers Association.

As the 2012 farm bill heads from the Senate to the House of Representatives, it’s important to keep in mind that this isn’t just a farm bill — it’s a food bill, helping to dictate what kinds of food people can afford. Not everyone on the House Agriculture Committee sees it that way: last month, Republicans on the committee voted to cut $33 billion from food stamps while keeping farm subsidies intact. With recent high crop prices and a record of $136.3 billion in farm exports in 2011, big farmers growing corn and soy don’t really need the help (even the powerful Iowa Farm Bureau agrees). Instead, the farm bill should work on making healthy foods, like fresh fruits and vegetables, available at lower prices. Because if there’s one thing that the country can’t afford, it’s having a population that’s half obese.