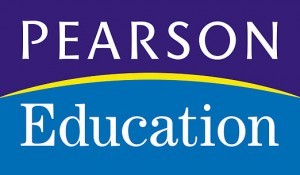 In America’s schools, the barrage of standardized testing kids have come under is overwhelming. From the Iowa Test of Basic Standards (ITBS) to the National Assessment of Educational Progress (NAEP), the alphabet soup of bubble-in tests that fill our schools is provoking a backlash from educators and parents who think kids are over-tested and denied the opportunities for more meaningful projects, essays, and group learning.

Increasingly, school districts themselves are revolting against the testing obsession. As of last month, “232 Texas school districts have adopted resolutions” calling for a re-evaluation of the test-centered education provided to their students.

This backlash threatens an increasingly powerful special interest: the companies that make the tests and other electronic software used in classrooms. One of the largest of these corporations is Pearson Education, Inc.

Education researcher Ken Libby dug through the records and found that Pearson is spending big on lobbying in four critical states — New York, California, Texas, and Florida. Here’s a small table he made laying out the millions Pearson is spending:

As America confronts its addiction to high-stakes testing, it appears that the companies benefiting from it are willing to spend generously in order to keep taxpayer dollars flowing their way.

UPDATE: An original version of this post had the totals for Florida twice as high as they actually are, because of a reporting requirement in the state that requires totals to be delivered to both executive and legislative branches. A lobbyist for Pearson in Florida, Steve Ulhfelder, pointed this out to us. We apologize for the earlier error.