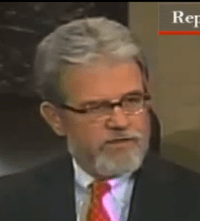 Two days ago, the STOCK Act, bipartisan legislation to ban insider trading by members of Congress, passed the Senate by 96-3. The Senate bill now includes a provision to cover some federal employees, a 30 day disclosure requirement for lawmakers, and forces covered officials to disclose the details of their mortgage.

Senator Tom Coburn of Oklahoma, one of the three legislators to vote against the legislation, said he opposes the bill partially because he “honestly believe[s] everyone in our body is never gonna use insider trading to advantage themselves over the best interests of our country.”

Watch Coburn’s remarks on the Senate floor on Wednesday:

It’s not only Coburn complaining about the bill. Senator Jon Kyl also mocked a strong proposal by his colleague Senator Rand Paul to deter former members of Congress from lobbying. “What’s the point of that? There’s a two-year ban. … I think that’s working pretty well,” Kyl said. Kyl added that he thought a proposal about a blind trust is “foolish.” Kyl is retiring this year, and has yet to pledge that he won’t soon become a lobbyist.

Similarly, Senator Kent Conrad knocked the bill, saying it was too wide-ranging. “This bill ought to be a one-line bill,” Conrad told Politico. “Somehow this thing has gone off, spinning off into all kinds of directions.” Conrad is also retiring, and like Kyl, has not assured the public that he won’t spin through the revolving door.