Sell Out Of The Week: President Obama 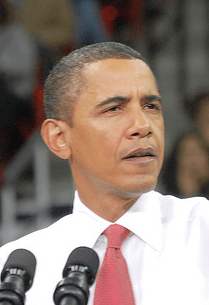 Today, Republic Report inaugurates a regular feature: Sell Out Of The Week.

Our weekly feature will highlight lobbyists, politicians, and political operatives who have betrayed their values, and betrayed the public interest in pursuit of special interest money.

Although we had a lobbyist in mind for our first week of this series, President Obama’s decision on Monday to embrace super PACs forced us to change course and select him. The decision to support unlimited, and what has the potential to be secret, corporate and special interest money not only violates the promises made by Obama for a clean campaign, but it also invites greater corruption into an already out-of-balance system.

Unlike most small donors, large business interests – and many of their executives — do not donate to campaigns simply as charity; they expect something in return. The Obama team suggested that the current rules of the game left the President with no choice but to fuel his super PACs, just like the other side, if he wants to win in 2012. But they didn’t mention that Obama has had three years in the White House to fight hard to change the way Washington works and, other than a few new rules around White House transparency and the “revolving door,” he barely made an effort. Which is unfortunate not just for the sake of his popularity with voters, who hunger for reform, but also for the state of democracy.

Remember Obama the reformer? In 2008, he seemed to understand the dangers of unlimited campaign spending; he explained:

OBAMA: Let me be clear — this isn’t just about ending the failed policies of the Bush years; it’s about ending the failed system in Washington that produces those policies. For far too long, through both Democratic and Republican administrations, Washington has allowed Wall Street to use lobbyists and campaign contributions to rig the system and get its way, no matter what it costs ordinary Americans.

President Obama, of course, had no control over the Supreme Court’s Citizens United decision, which helped open the floodgates of corporate money into American elections. In fact, he condemned the decision in a State of the Union speech, which created a brief uproar (presidents aren’t suppose to slam the Court at such events). However, he did almost nothing proactive to reform the campaign system in the wake of the decision. In the two years since Citizens United, Obama largely pointed fingers or inched his way back from taking bold action. And remember that for the first two years of his term the Democrats were in control of the House and Senate.

So what could he have done (or can he do now) with a split Congress? At the Republic Report, we’ve compiled four realistic ways Obama could have tried to clean up the system (or still could):

– Issue an executive order mandating campaign disclosure by government contractors. Obama could snap his fingers today and radically change the campaign finance system by requiring government contractors to reveal their campaign donations. After pressure from business lobbyists, he has since dropped this initiative.
– Strengthen the Federal Elections Commission. The do-nothing Federal Elections Commission has failed to enforce the campaign finance laws already on the books. Obama promised in 2008 to replace the lame duck commissions who have refused to take aggressive enforcement action, but has since done nothing.
– Use the Securities and Exchange Commission to empower investors with information about corporate political spending. An investor movement to require corporations to disclose political donations is already spreading. Obama should act now to move the SEC to formalize rules that would make this type of transparency mandatory.
– Press for the DISCLOSE Act and other measures to add transparency to the campaigns and elections. Both Democrats and libertarian-leaning Republicans (including some prominent Tea Party members) have voiced support for added transparency in our system. There’s a possibility that he could use some political capital to help pull DISCLOSE out of the ditch, and frame up those who fight him as defenders of corruption.

Washington is horribly broken, and the public knows it. Obama has felt it in dozens of ways since he took office, especially during the battles over health-care and financial reform.

It seems more than unfortunate to us that he hasn’t fought harder in the last three years to change the nature of how Washington works, and be the bold reformer some thought he was.

And it’s more than ironic that in supporting super PACs he now has legitimized the worst aspects of a system that has totally delegitimized the democracy that he initially ran to revitalize.