posted at 3:45 pm by David Halperin 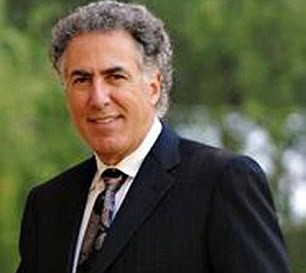 On Tuesday, the federal government released information about which career training programs and for-profit colleges are passing — and which are flunking — its new “gainful employment” rule.  The Obama Administration watered down this regulation last year after a massive lobbying campaign by the for-profit college industry, and the rule imposes only the most minimal standards.  In order to lose eligibility for federal student financial aid, a program must flunk three different tests, so that, for three years in a row:

Look at just that first test. Consider an educational program where two-thirds of former students — graduates and dropouts — can’t pay back their loans. That suggests that the program isn’t providing sufficient training to help students build careers. It suggests that the program’s tuition is too high. It suggests that many students — often veterans, people of color, parents struggling to support their families — are left worse off than when they started.  And it means that taxpayers who pay for federal student grants and defaulted student loans are often left with nothing for the investment.

Why in the world should a program that flunks that test, and related tests, three years in a row, keep getting federal financial aid?  Wouldn’t it be much smarter to channel federal aid to programs that are actually helping students get jobs? Who would be against such a common sense provision?

You know who. The people who own the high-priced for-profit colleges that would be in danger of flunking that test and losing access to the $32 billion a year in federal financial aid that goes to for-profit institutions. Led by their trade association, APSCU, big corporations that own for-profit colleges continue to denounce the gainful employment rule and are suing in federal court to overturn it.

Now we know that the fears of these failing schools were well-founded. This year’s tests were like a pre-season trial run that doesn’t count in the final statistics — no one will officially flunk out until 2015. But the results show that, of the programs tested, five percent — 193 programs in 93 different schools — failed all three tests.  29 percent flunked two out of three, 31 percent failed one out of three, and only 35 percent of the programs tested met all three of these minimal standards.

These schools can keep hiring lobbyists, lawyers, and PR firms to fight against reasonable accountability standards. But truth — and fiscal pressures — are a strong weapon against a strategy of continuing to rip off students and taxpayers.  Smarter executives will start looking for ways to compete and succeed in for-profit education by actually doing a good job of preparing students for careers.

UPDATE: The Department of Education this evening released a Webinar discussing the gainful employment data.  Among the points to consider: 1500 of the 3700 programs that were evaluated flunked the loan repayment test described above, meaning that at least two-thirds of the former students were not paying down their loans.