posted at 5:00 pm by Suzanne Merkelson 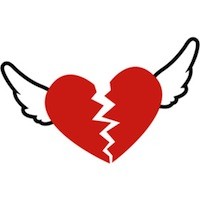 A lot of money goes into Valentine’s Day – the National Retail Federation estimates Americans will spend $18 billion this year. And there’s more money being spent behind the scenes, by big business looking to make sure you show your love – and spend the big bucks:

Hershey’s, America’s largest chocolate corporation, has increased its lobbying efforts recently, especially after increased scrutiny of labor rights abuses, in areas including cocoa bean production to its Pennsylvania packing facility. One of the most egregious examples involved foreign exchange students working at the Hershey’s plant for salaries so low some were unable to repay visa fees. In 2011, the company hired Bank Rome Government Relations to advocate for Hershey on “government affairs related to labor practices,” according to Change.org. The Hershey Company has also lobbied on FDA regulation, agriculture subsidies, sugar quotas, and “issues relating to obesity and nutrition” in advertising.

Hallmark cards might have you scratching your head over which message to send to your beloved, but the corporation, along with the rest of the greeting card industry worries the most about the state of the U.S. Post Office. According to the Sunlight Foundation, Hallmark lobbied to keep the “forever” stamp around (the stamp that never requires additional postage) and to preserve Saturday delivery. Hallmark employees contribute millions in campaign contributions, mainly to Republicans, especially those in Missouri, where the company is based.

During the 2010 election cycle, Herman Cain’s PAC, known as the “Hermanator PAC,” raised over $220,000. Hallmark Cards executives were among the top donors to the PAC. Cain recently served on Hallmark’s Board of Directors.

Tiffany’s might want you to think that diamonds are forever, but Newt Gingrich sure hopes not. The Republican presidential candidate battled an early scandal when it came out that he has a $500,000 line of credit to the luxury jeweler.  Some bloggers have speculated that Tiffany’s kindness to the Gingrich couple is a type of lobbying:

Filings by Tiffany’s lobbyist, Cassidy & Co., and other government records show that the firm’s spending on  “mining law and mine permitting-related issues” in Congress, as well as the Forest Service, the Interior Department, and Interior’s  Bureau of Land Management shot up sharply between during the period when Callista Gingrich was chief clerk at the House Agriculture Committee.

Tiffany’s annual lobbying expenditures rose from about $100,000 to $360,000 between 2005 and 2009, according to records assembled by the Center for Responsive Politics…

Tiffany’s has denied that it was lobbying the Gingriches, saying that it has not focused lobbying efforts on the Agriculture Committee.