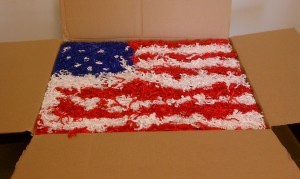 Imagine a country where the government makes laws and requires citizens to obey, yet citizens can’t read some of those laws unless they purchase the text, sometimes for a large amount of money, from a private organization. Imagine a country where a citizen posts the building safety laws of his own town on a website — and gets sued for copyright violations in federal court.

Guess what? That’s our country, the USA. Even though the Supreme Court declared nearly 180 years ago that the law belongs to the people and cannot be stored behind the cash register, private Standards Developing Organizations (SDOs) continue to claim that they own the law and you must buy it from them.

Standards drafted by private SDOs get incorporated by the federal government and the states as part of the law all the time — the private standard is made part of, but its text is not printed in, the public law or regulation. This means that the laws governing urgent matters like say, the BP Gulf oil spill or a pipeline explosion in San Bruno, California, are not readily available to citizens and even to government first responders — unless they pay fees reaching to almost $900 to obtain a single standard. That is crazy.

Carl Malamud, founder of Public.Resource.Org, has made it his mission to put the law online, so people can read it, search it, debate it. Better access to the law would make our society more efficient, more just, more democratic. Armed with a favorable 2001 decision from a conservative federal appeals court in Texas, agreeing that the law cannot be copyrighted, for five years Carl has been posting state building, fire, and plumbing codes online, essentially daring the SDOs to come after him.  So far they haven’t.

In January, I started working with Carl part-time as counsel to Public Resource, and I’ve been advising him as he built toward a dramatic next step. Carl spent $7,414.26, at prices ranging from $20 to $849, to buy 73 technical standards — for vehicle safety, construction safety, and other matters — that have been incorporated by federal agencies into the US Code of Federal Regulations. Carl made 25 print copies, and he wrapped each set of standards in an elaborate red, white, and blue package informing the recipients that they are duty bound to obey these laws of the United States.

Last week, Carl sent these packages to ten SDOs, to the White House, Senate, House, National Archives, Federal Trade Commission, and other government bodies, as well as to the Harvard Law School faculty, the Electronic Frontier Foundation, two mainstream media outlets, and me. As Carl just disclosed at Boing Boing, he intends on May 1 to begin posting these standards online in HTML format, launching an effort to create a complete and user-friendly means of reviewing federal rules.

The only argument against making the law available to the people is that these SDO organizations won’t keep drafting standards if they can’t make money selling ones that end up incorporated into law.  When, recently, a federal agency considered whether government shouldn’t be required to make the standards somewhat more available, in light of developments like the Freedom of Information Act and the Internet, the SDOs dispatched an army of lawyers to block such a measure, and they prevailed.

In fact, the SDOs have a variety of ways to make money, from membership fees to conferences to government research grants, to charging for standards that are not incorporated into law, and they have a great deal of incentive to develop standards even if the public can see some of them for free.  If the SDOs really started running out of money, it would make more sense for the government to pay for standards that get incorporated into the law, rather than keeping the law behind a pay wall, to be purchased one citizen at a time.  But judging by the salaries the SDOs pay their CEOs, as compiled by Carl, I don’t think they will be in any financial trouble any time soon.

Whether the SDOs acquiesce to common sense principles and accept the public posting of the law, or whether instead Public.Resource.Org is headed for a showdown in court against these special interests, remains to be seen.

Right now, in response to a petition submitted by Columbia Law Professor Peter Strauss, the government is accepting comments from the public on whether there should be more public access to these laws. You can weigh in.

By making things like the National Fuel and Gas Code, the standard for safety in wood and
metal ladders, or the standards for safety and hygiene in water supplies readily available to all without restriction, we make society better. People can read the standards and learn, they can improve upon them by making searchable databases or better navigational tools, they can build new kinds of businesses.

Innovation and education are just two of the benefits of opening up this world, but at the root are basic issues of democracy and justice. We cannot tell citizens to obey laws that are only available for the rich to read. The current system acts as a poll tax on access to justice, a deliberate rationing and restriction of information critical to our public safety. That system is morally wrong and it is legally unconstitutional.