Pat Robertson: We Need To Put The Bankers Who Lied To Americans And Caused The Financial Crisis In Jail 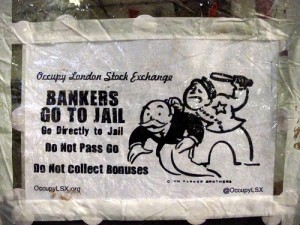 Today, televangelist and long time right-wing icon Pat Robertson addressed the banking crisis on his television show, The 700 Club. Referencing how Iceland dealt with its own economic crisis — it jailed many of the bankers who broke laws and deceived the nation’s people — Robertson praised the European nation and said that we need to deal with the crimes of the financial sector here in the United States the same way. “[Iceland is] putting people in jail,” Robertson said. “They’re going after bankers there. The people said, ‘Those banks were rippin’ us off. We don’t like what they did. They brought out country to ruin. Now Iceland  suddenly is turning around. Their GDP is growing. They look like a big success story. Isn’t that amazing?”

“We can start putting some of those bankers in jail,” Robertson preached. “There were all kinds of shady dealings during that financial crisis. So many people were lying….I’m not for putting people in jail…but here’s an opportunity for the people who want to enforce laws to enforce that one. There must be some laws against lying in documents!” Watch Robertson:

The Obama administration and the nation’s Attorneys General are currently in the process of finishing a settlement with major banks that would give them immunity for some of the lending abuses they engaged in while only providing $25 billion for a $700 billion problem.

Of course, one reason why the banking sector has gotten away without many major prosecutions here in the United States is the role of Big Money in our politics. The financial industry was a huge donor to President Barack Obama’s campaign in 2008, with megabank Goldman Sachs coming in as his top private sector contributor. Meanwhile, the financial, real estate, and insurance sectors as a whole donated $501 million to federal candidates in the 2008 election cycle.

In Iceland, elections are publicly financed and are referred to by some as “voter owned.” As a result, the financial industry has nowhere near as political clout in the European nation. Perhaps the United States will not be able to deal out the same sort of justice that Iceland did until it, too, has a much more fair system of financing elections.