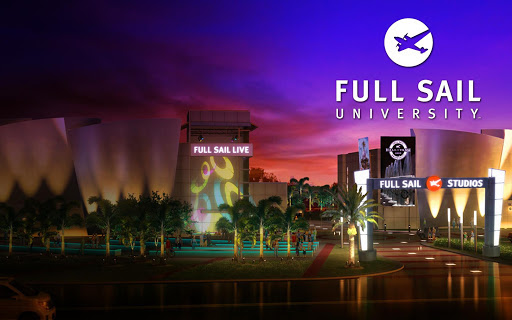 As the New York Times reports today, on the campaign trail Mitt Romney has been praising for-profit educational institutions – colleges and trade schools that operate as business corporations rather than nonprofits or state institutions. Romney said at an Iowa event in November that such schools give students lower-cost alternatives to traditional colleges. At a December town hall in New Hampshire, when asked about the heavy costs of higher education, he returned to this theme and in particular enthusiastically praised a Florida for-profit school called Full Sail University, which specializes in media and entertainment industry programs. Romney said that Full Sail keeps costs low by holding classes 24 hours per day and skipping summer breaks. (See also this video from Iowa at 11:58.)

Government investigations, and extensive reporting by the media, show that many of these schools engage in high-pressure, deceptive recruiting that commits struggling Americans – active duty military and veterans, low-income families, people of color – to programs that can ruin their lives with crushing debt. Left unchecked, this sector could produce a new subprime-like debt crisis.

Is Romney’s shining example, Full Sail University, the exception to this dismal record? Hardly. For example, Full Sail charges $80,000 for a degree in video game art – a program that has a 14 percent on-time graduation rate. Those who do obtain a degree have a median student loan debt of more than $57,000.

I told the New York Times that – duh — a school with this kind of record is not a model for higher education in this country.

Like many politicians, Republicans and Democrats, who have praised or voted to protect for-profit colleges, Mitt Romney is connected to campaign contributions from the for-profit education industry. The Times reports that top officials of Full Sail and its parent company have contributed to Romney’s campaign and his associated super PAC. As the Huffington Post has reported, Full Sail founder Ed Haddock had been a 2008 contribution bundler for President Obama, but became frustrated about not getting a full hearing from Obama administration officials on education policy issues. A memo from an Obama finance staffer noted that Haddock subsequently was being courted by the Romney campaign. Apparently, the courting worked.

With nearly 90 percent of for-profit college revenues coming from federal government, it’s fair to say that their contributions to candidates are in fact courtesy of U.S. taxpayers. The same is true for the millions of dollars in lobbying and advertising expended by this industry in recent years to avoid accountability. But the tide has started turning as this debate has raged. A bipartisan group of more than 20 state attorneys general has joined together to examine the deceptive practices of this industry. Sen. Tom Harkin’s HELP Committee is continuing its influential investigation. Veterans groups are today pressing the Obama administration to enact stronger protections. Media attention has educated many potential students, and enrollment at many for-profit schools is down.

Collectively, these developments will make it much tougher to sustain a business model based on deception, high prices, and low quality. For-profit education companies will be forced to clean up their act – forced to run fair-priced programs that actually help students learn and build careers – or else shut their doors.

Mitt Romney is running as a hard-nosed business leader committed to reducing government waste and getting the economy on track. Poorly performing for-profit schools, underwritten by taxpayers and struggling Americans, undermine those goals. If Romney does become president, we can only hope that clear-headed thinking and concern for students and taxpayers, rather than gratitude to campaign donors, will be his primary guides.