The Mortgage Settlement Deal As A Continuation Of Bush, Obama Admin Deference To The Banks 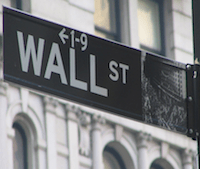 As reports revealed this week, the 50-state attorney general settlement with the five largest mortgage banks has been finalized. The federal government negotiated a deal that delivers approximately $26 billion dollars worth of aid to states and homeowners in exchange for broad immunity for many for fraudulent foreclosure processes allegedly perpetrated by the banks across the country.

Republic Report’s Matt Stoller, writing for Salon, analyzed the deal, and how it represents a continuation of bank dominated policymaking that has gone on for over a decade:

Rather than settling anything, this agreement is simply a continuation of the policy framework of both the Bush and the Obama administrations. So what exactly is that framework? It is, as Damon Silvers of the Congressional Oversight Panel which monitored the bailouts, once put it, to preserve the capital structures of the largest banks. “We can either have a rational resolution to the foreclosure crisis or we can preserve the capital structure of the banks,” said Silvers in October, 2010. “We can’t do both.” Writing down debt that cannot be paid back — the approach Franklin Roosevelt took — is off the table, as it would jeopardize the equity keeping those banks afloat. […]
A more realistic solution to the problem was actually debated within the administration during the transition, in debates revealed by economist Laura Tyson at the Financial Times’ View from the Top Conference in 2011. She noted that top officials had to decide whether to engage in mass write-downs of debt similar to FDR’s programs in the 1930s by using tools such as judicial modification, or whether to allow millions of foreclosures to go forward. They chose the latter. The current foreclosure epidemic, in other words, is partially a policy choice.

Stoller also notes that the mortgage fraud investigation announced by President Obama during the State of the Union this year does not seem promising. “To put it another way, given the $5 trillion of home equity lost in the crisis, DOJ has assigned one person for every $100 billion lost,” says Stoller.
The Department of Justice has assigned 55 people to the task force, including 10 FBI agents. For context, the Savings and Loan crisis in the late 80s involved roughly 1,000 FBI agents.