The 7 Men Who Bought Michigan

posted at 4:00 pm by Suzanne Merkelson

Mitt Romney’s super PAC, Restore Our Future, outspent that of Rick Santorum 2-1 in order to secure the slim margin of victory in Romney’s home state of Michigan yesterday. According to the Federal Election Commission, super PACs spent $5.8 million on TV ads, direct mail, and robocalls to voters in Arizona and Michigan leading up to yesterday’s primaries – with nearly 85 percent of that money spent in Michigan.

Restore Our Future was the big spender in this race (which would have been especially damaging for Romney to lose) – it spent $2.9 million in Michigan. $1.67 million of that was spent in just the one week leading up to the primary, in large part on ads attacking Rick Santorum. Rick Santorum’s Red White and Blue Fund spent $1.7 million backing Santorum. The Gingrich and Obama super PACs also spent hundreds of thousands of dollars influencing voters.

These numbers aren’t complete – super PACs, which have attracted some of the biggest donors thanks to their ability to raise and spend unlimited funds, can choose to disclose funders on a monthly or quarterly basis, and because these funds are fungible, we don’t know where each donor’s money was spent. But we can take a look at recent filing reports to get a sense of who was spending the money to influence Michigander’s votes. 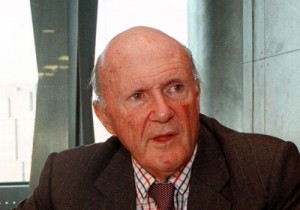 Robertson, a Forbes 400 billionaire retired hedge fund manager, ran the Tiger Management private equity firm and also supported Romney back in 2008. While Robertson describes Romney as “intellectually, morally, and physical fit to be president more than anybody I’ve ever known,” his views diverge considerably with Romney’s policies. Robertson’s a deficit hawk, but one who favors tax increases (including on the wealthy). He also sits on the board of the Environmental Defense Fund, giving the environmental organization $40 million over half a decade, and hired lobbyists to advocate for the Warner-Lieberman Bill, which would have created a national cap-and-trade scheme. Nearly all of Michigan’s automakers lobbied against this bill.

Four other New Yorkers in the finance industry have donated at least $1 million to Restore Our Future.

Bob Perry has long been an “underwriter of the Texas Republican Party” and has backed Texas Republicans including George W. Bush and Rick Perry (no relation). The Houston homebuilder was the chief financier behind the Swift Boat Veterans for Truth, which ran an infamous campaign against John Kerry in 2004, and has also donated millions to Karl Rove’s American Crossroads, the 527 organization supporting Republican candidates. Perry initially threw his support behind Tim Pawlenty in the 2012 race and reportedly likes backing candidates who are most likely to win, perhaps explaining his decision to side with Romney. “He wants to be a king maker,” said Bruce Buchanan political science professor at the University of Texas at Austin. “That’s why he doesn’t choose candidates on the far right, even though they may be closer to his true preferences.”

Ties to Michigan:  In 2010, Perry gave $1 million to the Republican Governors Association Michigan PAC – that PAC ended up being the single-largest donor to Rick Perry’s Texas gubernatorial campaign in 2010 — not really a tie to the state’s voters after all. 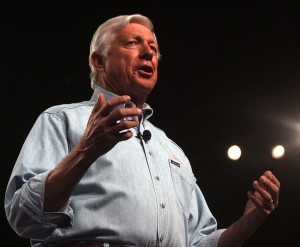 Thanks to his unfortunate contraception prescription for American women on MSNBC, Foster Friess is one of the most well known of the super PAC sugar daddies. Friess, a Wyoming based investor, has long supported conservative and religious causes. He supported Mitt Romney in 2008, but chose to back Santorum this year, and is largely credited with backing Santorum’s late surge in the primary season. Friess is an ally of the major conservative financiers, the Koch brothers, and has ties to the Tea Party.

Doré has been deemed the “most mysterious” super PAC donor so far. The Louisiana energy executive inexplicably has given Santorum’s super PAC its second-largest contribution to date. And nobody is really sure why:

The move left even long-term observers of Louisiana politics, where the oil and gas industry’s political influence are hardly a secret, scratching their heads. “I’ve never known him to really be too active in Louisiana politics or in the Republican party or any of that,” said Warren Caudle, a businessman and Republican activist from Lafayette. “There are other people in Louisiana that I would expect to be doing that other than him.”

Doré has donated to both Democrats and Republicans, mostly in Louisiana, but also nationally. Perhaps most interestingly, in 2008, he gave $4,000 to Rep. Jared Polis, a gay, progressive Colorado Democrat and maxed out his contribution to the Democratic Senatorial Campaign Committee.

Ties to Michigan: None known 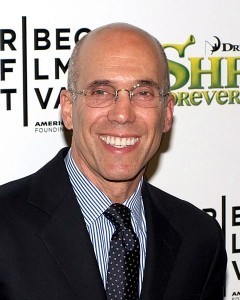 Barack Obama’s super PAC, Priorities USA Action, spent $229,422 in Michigan during the last week, mainly targeting Mitt Romney for his saying he would let Detroit go “bankrupt” and criticizing his time at Bain Capital. So far, Dreamworks CEO Katzenberg has been the chief financier behind Priorities USA Action, which has lagged behind its Republican brethren in fundraising.

Ties to Michigan: None known 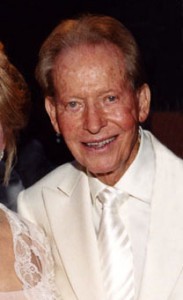 Talk about a kid in a candy store. Simmons, a rich Texas businessman, has written mega-checks to super PACs supporting Rick Perry, Newt Gingrich, and most recently, Mitt Romney. Simmons’s contributions, the New York Times writes, “make him the exemplar of a new breed of superdonor in presidential politics.” Like his checkbook, Simmons’s legacy of giving is quite complicated. His foundation, run by two of his daughters, has reportedly supported such traditionally liberal causes as immigration rights, prison reform, and reproductive rights. He’s also close friends with one of Obama’s most ardent backers – Oprah – and has donated to her school in South Africa. 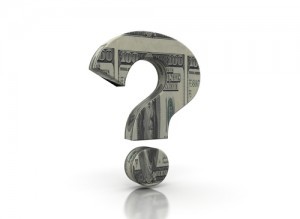 Perhaps the scariest thing about campaign finance this year is how little we actually know about it. From the super PAC’s filing schedules, which allow donors to easily obscure their identities, to the proliferation of “nonprofits,” 501(c)4 organizations that partner up with super PACs to shield donors, we’re not really sure who gave what to whom and when. And with even bigger races on the horizon – the Ohio primary price tag is already near $5 million – the Americans whose votes count the most, the super PAC sugar daddies, are likely to remain mysterious to us, while exerting an enormous pull on the president.