posted at 5:49 pm by Suzanne Merkelson 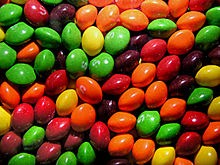 Following on the heels of the Arizona Public Service Company (APS), candy-maker Mars announced it has cut ties with the American Legislative Exchange Council (ALEC). The corporate front group has experienced an exodus of members — Coca-Cola, PepsiCo, McDonald’s, Wendy’s, Intuit, and KraftFoods all publicly quit the organization in the past week due to  public outrage over ALEC’s role in drafting model legislation in states across the country based on the “Stand Your Ground” law that let Trayvon Martin’s killer George Zimmerman escape prosecution for 40 days.

According to the Center for Media and Democracy’s PR Watch:

Mars had been an exhibitor at ALEC’s 2011 annual meeting in New Orleans. Mars is the maker of Skittles, the snack Trayvon Martin had purchased before he was shot by George Zimmerman, whose arrest was delayed due to an NRA-backed gun law that was later ratified by ALEC…

Mars spokesperson Sean Piazza announced in an email to reporters, “Earlier this year, Mars, Incorporated reviewed all of its trade associations and sponsorships and decided not to renew the ALEC membership in 2012.”