posted at 5:03 pm by Suzanne Merkelson 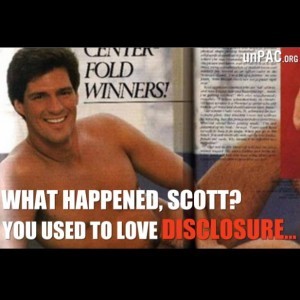 Politico: DISCLOSE Act fails again in Senate
Senate Democrats on Monday lost another attempt to pass legislation forcing donors of groups that bankroll most election ads to be revealed. But Democrats, led by New York Sen. Charles Schumer, pledged to hold the Senate floor hostage and continue the debate well into the night.
The DISCLOSE Act, which was dealt the same fate in the Senate in 2010, failed to overcome a key procedural vote on entirely partisan lines, 51-44. Democrats will push for another vote as early as Tuesday after holding a “midnight vigil” to protest the GOP filibuster of the measure
Mother Jones: Senate Republicans Fight To Protect Secret Donors
New York Times: For Political Closure, We Need Disclosure
We are inundated with extraordinarily negative advertising on television every evening and have no way to know who is paying for it and what their agenda might be. In fact, it’s conceivable that we have created such a glaring loophole in our election process that foreign interests could directly influence the outcome of our elections. And we might not even know it had happened until after the election, if at all.

New York Times: How Much Has Citizens United Changed the Political Game?
But if you’re trying to understand what’s really going on with politics and money, the accepted narrative around Citizens United is, at best, overly simplistic. And in some respects, it’s just plain wrong.

Salon: Files on big political donations vanish at FEC
The Federal Election Commission has long been the go-to source for tracking political money. So when it starts cleansing politically hot contributions from its files, it matters. Big time.
We have discovered that sometime after January of this year, the FEC deleted a whole set of contributions totaling millions of dollars made during the 2007-2008 election cycle. The most important of these files concern what is now called “dark money” – funds donated to ostensible charities or public interest groups rather parties, candidates or conventional political action committees (PACs). These non-profit groups – which Washington insiders often refer to generically as 501(c)s, after the section of the federal tax code regulating them – use the money to pay for allegedly educational “independent” ads that run outside conventional campaign channels. Such funding has now developed into a gigantic channel for evading disclosure of the donors’ identities and is acutely controversial.

New York Times: Tax-Exempt Group’s Election Activity Highlights Limits of Campaign Finance Rules
In early 2010, a new organization called the Commission on Hope, Growth and Opportunity filed for nonprofit, tax-exempt status, telling the Internal Revenue Service it was not going to spend any money on campaigns.
Weeks later, tax-exempt status in hand as well as a single $4 million donation from an anonymous benefactor, the group kicked off a multimillion-dollar campaign against 11 Democratic candidates, declining to report any of its political spending to the Federal Election Commission, maintaining to the I.R.S. that it did not do any political spending at all, and failing to register as a political committee required to disclose the names of its donors. Then, faced with multiple election commission and I.R.S. complaints, the group went out of business.

WAMU: D.C. Lobbying Disclosures Of Limited Use To Watchdogs
The District is out with its lobbying report for the year, the required lists detailing which lobbyists met with which politicians. From fights over Pepco and Walmart expansion to speed cameras and sports teams, lobbyists had a busy first of half of 2012. They raked in hundreds of thousands of dollars in fees and visited with lawmakers and staff nearly 1,900 times, according to the report.

Politico: House candidates raise more than $566M
The combination of endless pleas for cash, the unlimited outside money stream and competitive races means the days a House seat can be won on the cheap are long gone.
House candidates have already raised more than $566 million for the 2012 race as of the 15-month mark in the campaign, $57 million more than at the same point two years ago and more than double at the same time in 2002.

Washington Post: As DISCLOSE Act stalls, Super PAC reserves $6 million in ad time for House races
One Republican group has reserved $6 million in television advertising time for the fall election season to help more than a dozen House GOP candidates, and about half the money will come from the nonprofit side of the organization that is not required to disclose its donors.
The Congressional Leadership Fund and its nonprofit affiliate, the American Action Network, reserved the ad time in seven key media markets — which will also be likely battlegrounds for the presidential race — as a down payment for what is expected to be a much larger fall campaign to promote House Republicans.

OpenSecrets: Sunlight for Stealth PACS: Late-Disclosing Groups Report Donors
Super PACs that are on a quarterly filing schedule have a window of 20 days just before an election during which they don’t have to report their contributions until after the quarter’s end.
That deadline having passed July 15, the names of the PACs’ previously anonymous donors are now public record. And among those donors are some big names in the political fundraising world, and, as in CATPAC’s case, some ties between campaigns and the putatively independent super PACs supporting them.

Politico: Reid: ‘Angry old white men’ trying to buy elections
“If this flood of outside money continues, the day after the election, 17 angry old white men will wake up and realize they’ve just bought the country,” Reid said on the floor. “That’s a sad commentary. About 60 percent or more of these outside groups’ dollars are coming from these 17 people. These donors have something in common with their nominee. Like Mitt Romney, they believe they play by their own set of rules.”