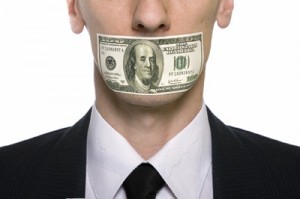 The Atlantic: The Only Way to Fix Campaign-Finance Regulation Is to Destroy It
Over the last four decades, the campaign finance system has become a Rube Goldberg-esque contraption of complex, senseless, and indecipherable regulations. To fix it, new “reforms” (a.k.a. regulations) are routinely proposed, and some are even passed — such as the McCain-Feingold Bill in 2002. But the gush of money into politics continues unabated.

Campaign Finance Institute: The National Parties are Holding Their Own Financially at the Eighteen-Month Mark
According to reports filed with the Federal Election Commission on July 20, the two national committees and four congressional committees had raised a combined total of $792 million in the eighteen months between January 1, 2011 and June 30, 2012.

The Hill: Anxious Obama Campaign Plans High-Dollar Fall Fundraising Spree
Asked whether Obama would shift to do more fundraising or host more rallies in the coming weeks,  a campaign official – careful not to get ahead of the president’s schedule – said to “expect a balance of events, a combination of different kinds of events” for the foreseeable future.

The Texas Tribune: Senate Runoff Race Spending Topped $45 Million
Both Dewhurst and Cruz raised nearly $8 million each. Factoring in loan repayments, Dewhurst supplemented his war chest with $19 million of his own money, $8 million of which he has invested since July 12. Cruz contributed more than $1 million of his money to his campaign, including $250,000 he added in earlier this month.

CBS News:  Top 10 Super PAC donors through June
Adelson and his wife, Miriam, gave the pro-Romney Restore Our Future $10 million in June. During the primary campaign, the Adelsons and their children bet heavily on Newt Gingrich, giving the pro-Gingrich Winning Our Future $21.5 million; $5 million was refunded in May.

Politico:  How Corporate PACs handle Bad PR
“It makes good sense on everyone’s part for a company PAC to suspend campaign money during a period of scrutiny or a period of investigation,” Gonzalez said. “What I look for is whether the company is accountable for its mistake, assumes responsibility and takes substantive measures to correct it. Then I’ll make a decision about accepting support.”