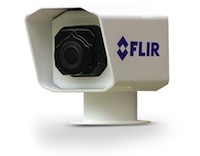 Congressman Lamar Smith (R-TX) is among the few members of Congress who have not embraced or cosponsored the STOCK Act, a measure to curb insider trading by lawmakers and some federal officials. Smith’s hesitance to back the legislation may relate to his own history of investment. According to records reviewed by Republic Report, Smith, who oversees border security issues as a member of an influential subcommittee, purchased stock in a company that deals with U.S.-Mexico border security shortly before the same corporation won a lucrative government contract.

In July of 2010, Smith, along with his colleagues on the Border, Maritime and Global Counterterrorism subcommittee of the Homeland Security Committee, held a hearing about increased use of drones along the Mexico border. Michael Kostelnik, the Assistant Commissioner of U.S. Customs and Border Protection, explained that Predator drones equipped with Flir Systems sensors have helped catch some drug smuggling immigrants. Soon after the hearing, President Obama approved $600 million in new funding for border security equipment, with large portions of the money earmarked for increased monitoring systems, like drones.

Three months after the hearing, Smith began purchasing stock in Flir Systems Inc, the company that specializes in sensor equipment used at the border:

In January, only a month after Smith’s last disclosed purchase of Flir Systems stock, the company won a $101 million grant from the U.S. Customs and Border Protection agency for mobile surveillance devices. Smith’s colleagues on the border subcommittee subsequently called for an intensified border plan that includes heavy spending on drones and other sensor equipment.

Congressman Smith, however, contends that his investments are made solely by a third party. A representative from his office e-mailed Republic Report: “Congressman Smith’s securities are held in an account managed by Bank of America Merrill Lynch Wealth Management. Congressman Smith and his wife have no control over stock transactions.”

It’s not the first time Smith’s financial transactions have gained notice. In 1999, the Dallas Morning News reported that Smith was among a handful of legislators who invested in stock using campaign funds. According to an analysis of his disclosures at the time, Smith’s returns ranged from at least 6 to 7 percent.

A Washington Post investigation posted yesterday, part of a broader look at how lawmakers use their position in office to enrich themselves, reveals that Smith earmarked $950,000 worth of road improvements near his own home in suburban San Antonio.

Politicians constantly face accusations that their blind trusts aren’t really blind. In the Presidential race, Mitt Romney claimed that his investments are in a blind, third party trust. ABC News later reported that Romney may have a hand in his own investments.

While the STOCK Act makes it way through Congress, it is difficult to predict if reforms will truly curb politicians from benefitting financially from public office. Senators last week blocked a proposal from Senator Sherrod Brown that would have mandated either divestment from companies that stand to benefit from policymaking or for lawmakers to place their wealth under the management of independent, third party investment funds.