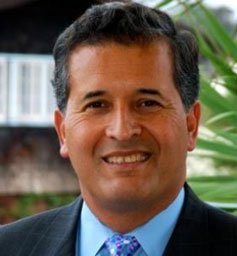 You’d expect most candidates for Congress to spend resources either building themselves up or tearing down their opponents. But that’s not the case for Juan Vargas, who wants to represent California’s 51s district. As U-T San Diego reports:

Democratic state Sen. Juan Vargas used some of the $630,000 he spent running for Congress in the primary election on an unusual but ultimately fruitful cause — direct mailers promoting a Republican rival, his preferred opponent in November.

California’s new primary system lets the top two vote getters advance to the November election regardless of party affiliations. In Vargas’ heavily Democratic district, the odds of two Democrats ending up in the top two positions were significant. Running against a Republican in the general election would be a safer bet. So Vargas’s campaign decided to promote one of his Republican challengers, Michael Crimmins, a wounded war veteran:

They planned to mail comparison pieces to likely Republican voters that would continue to criticize Ducheny, place Vargas in a neutral-to-favorable light, and raise the name identification of one of the three Republicans on the ballot…In all, Vargas spent at least eight times more promoting Crimmins than the Republican spent on his own campaign. If the plan didn’t work, Vargas was almost certain to square off with [likely Democratic challenger] Ducheny.

Crimmins was not even the choice of the local Republican Party, which instead backed businesswoman Xanthi Gionis. Crimmins had even been ousted from the local GOP central committee. Crimmins ended up beating Ducheny and Gionis and will face off against his admirer Vargas in the runoff election in November.

Vargas is well-funded thanks in part to his chummy relationship with the banking industry. As the chairman of the California State Senate Banking Committee, he killed a foreclosure mitigation bill that would have helped consumers better understand and hold accountable the mortgage market. Soon after, he dined with Bank of America lobbyists. He’s received tens of thousands of dollars from the banking industry to fund his current race.

Ducheny told U-T San Diego that this type of “rewarding bad behavior” is behind growing distrust of both government and politicians. We couldn’t agree more.