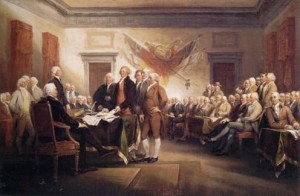 Right now, private organizations insist on charging U.S. citizens hundreds of dollars simply to read a copy of standards they issue, standards that regulate things like gas pipeline safety, crane usage, and toy making — even though citizens are required to obey those standards, because the government has incorporated them into federal regulations.  This adds up to tens of millions of dollars annually that businesses, consumers, even government officials must pay to receive copies of our own laws.

In response to a White House request for comments on proposed reforms, groups including the Sierra Club, AFL-CIO, the Electronic Frontier Foundation, and Public Citizen wrote a letter asserting that private standards incorporated into federal law should be available for free on the Internet, rather than be hidden behind expensive paywalls.  The organizations’ letter comes after the group Public.Resource.Org, which I represent as an attorney, sent a detailed submission to the White House arguing for such reform.  Other signers of the new letter include the unions AFSCME and United Steelworkers, the Association of Research Libraries, Center for Auto Safety, Center for Media and Democracy, and U.S. PIRG.

Recently, when real-world crises arose — the Gulf oil spill, a California pipeline leak — government agencies, first responders, and advocacy groups were shocked to find that they couldn’t access the relevant governing standards without ordering them and writing a big check — an inefficient and dangerous state of affairs. Then Congress got in the act:  A congressional committee wanted to read standards that are part of federal pipeline safety rules, and the American Petroleum Institute demanded $1,195 to read one document. In response, Congress passed a law prohibiting the government from issuing pipeline safety regulations that incorporate private standards, unless those standards are available for free on the Internet. While industry lobbyists immediately set to work to overturn this provision, some in Congress have discussed instead broadening it to cover other categories of standards.

Now the Executive Branch has entered the fray, and even though the recent public events they’ve held on these issues have been strongly tilted toward the standards organizations, perhaps the strong urging of national groups with millions of members will now prompt government officials to take strong steps toward reform.