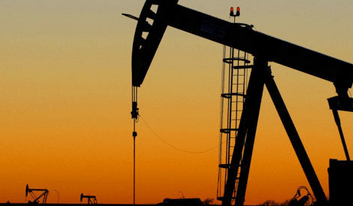 GOP lawmakers huddled with fossil fuel industry lobbyists on Monday to lay the “groundwork for the party’s official energy platform at August’s national convention.”
The Hill quotes Rep. Lee Terry (R-NE) as explaining, “Everyone just kind of threw in a pitch. There were a lot of different people up there.” By everyone in this “small group discussion,” he meant lobbyists representing coal, oil, gas, wind, and electric utilities as well as GOP lawmakers and their aides.

Many of these same lobbyists will make a repeat appearance on committees this week to aid Republican attacks on Obama energy policies, claiming they are too limited and over regulated.

Issues that are sure to have come up at the meeting include fracking and offshore and arctic drilling.  Mitt Romney has already made these issues around the oil and gas industry, which has given his campaign nearly $1.5 million, a campaign staple.  Also sure to have come up was Rep. Terry’s pet project, on which he admits to having, “thrown in an XL pipeline comment here or there, but that was about it.”  Rep. Terry has received almost $50,000 in campaign contributions from oil and gas companies.

Sure to be a reflection of some of the policies considered on Monday, the Republican Senator, John Hoeven (R-ND), is set to roll out legislation calling for increased oil and gas leasing, offshore drilling, and approval of the Keystone XL pipeline on thursday.  This legislation would be a big win for oil and gas lobbies, which overwhelmingly support Republican campaigns and are Hoeven’s top contributor.