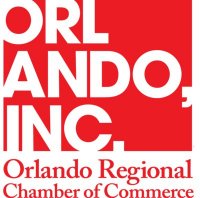 On Saturday, the Orlando Sentinel reported that Workforce Central Florida, a taxpayer-supported regional agency, provided $300,000 in grants to the Orlando Regional Chamber of Commerce since 2005. The latest grant, a $50,000 check from last year, has sparked outrage in the community, and criticism from both parties:

State Sen. Mike Fasano, R-New Port Richey, and state Rep. Scott Randolph, D-Orlando, said Workforce was wrong to offer the money, and the chamber was wrong to take it. Both said the coalition’s work was inherently political. “They’re using tax money, in essence, to try and change government regulations,” Fasano said. “How is that not political?”

The taxpayer money was earmarked for a campaign to identify and eliminate “regulatory barriers” to economic growth. A third of the campaign’s budget came from the $50,000 grant.

The Orlando Regional Chamber of Commerce is run by executives from Lockheed Martin, Avant Healthcare, Ernst & Young, Florida Citrus Sports, as well as other business leaders with interests in the area.

The officials who approved the subsidy were the same ones involved with the controversial decision to give out capes to unemployed people in the Orlando area as part of a publicity effort called the “Cape-A-Bility Challenge.”