Dislike: Meet The Lobbyists Facebook Hired To Help The Government Spy On You

Following the defeat of the Stop Online Piracy Act (SOPA), lobbyists for Big Business have been very careful when writing and promoting legislation that drastically curtails Internet freedoms.

Now, various corporations have gotten together to push for the Cyber Intelligence Sharing and Protection Act, or CISPA. Proponents of the bill are saying that it is about “cybersecurity” and protecting Americans. But the bill gives wide room for abuse. It allows the government, private security agencies, or private corporations to share “cyber threat” information — which can be your personal and private information — with each other without even telling you they’re doing it and with complete legal immunity.

Unlike SOPA, a number of major tech giants support CISPA. One of these is Facebook. Facebook employs a number of lobbying firms in Washington, and according to documents reviewed by Republic Report, the firm handling lobbying for CISPA is Fierce, Isakowitz & Blalock. We’ve created a rundown of the lobbyists at the firm who are trying to dramatically expand the power of private corporations and the government to spy on you online. Each of these lobbyists has filed reports about their lobbying for CISPA.

Mark Isakowitz: Isakowitz is the President of the firm, and previously managed the lobbying team of the National Federation of Independent Business (NFIB). CNN Money profiled him in 2003, detailing how he threatened lawmakers with $4 million worth of ads if they didn’t vote his way.

Aleix Jarvis: Jarvis is the Revolving Door defined. He previously worked for Congressman Charles Taylor (R) of his home state of North Carolina, and then spent 10 years working for Sen. Lindsey Graham (R) of South Carolina. After a stint with the Republican National Committee, Jarvais joined the lobbying firm where he works now. In addition to helping Facebook empower the government and corporations to spy on you, he has also worked for oil giant BP, Apple, and JP Morgan Chase.

Kirk Blalock: Blalock, an Atlanta, Georgia native, also has taken his turn through the Revolving Door. After a stint at the Bush White House, he joined the firm and has taken on all sorts of corporate clients who want a chance at government largesse. He has represented everyone from Time Warner to the National Pork Producers Council.

Billy Piper: Piper previously worked for Sen. Mitch McConnell (R-KY). He cashes out on his 9 years of government service by lobbying for Big Pharma, among other clients. 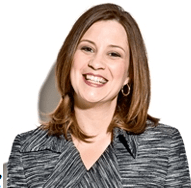 Danielle Maurer: Maurer  was named one of Washingtonian Magazine’s “40 under 40″ because she ” left Capitol Hill only in March [2011], but she’s already earning a reputation as one of the best-connected young lobbyists.” One thing not covered in that fawning profile of Maurer is that she has been a lobbyist for foreign weapons manufacturers, among other interests.

Kate Hull: Another veteran of the Revolving Door, Hull has lobbied for banks, airlines, and others who want special favors from the federal government.

Kirsten Chadwick: Chadwick spent a handful of years in the White Houses of both George H.W. Bush and his son, and now she focuses on a more lucrative career: lobbying for Big Business.

Mike Chappell: Chappell spent a few years working for Congress before cashing out and working for the lobbying firm since 2003. “Chappell’s excellent political and legislative skills have been matched by his ability to attract and maintain top notch business, and that combination has earned him his partner status,” said Blalock when the firm welcomed Chappell on as a partner.

What’s particularly interesting about all of these individuals is that every single one previously worked somewhere in the executive or legislative branches of the Federal government. They were paid by taxpayers to get the training and connections that now allow them to have high-paid lobbying jobs representing corporations.

As one consultant who worked on SOPA — former Clinton advisor Doug Sosnik — said at a conference of for-profit colleges I attended a few months ago, the reason why that legislation failed is because the entertainment industry that was pushing it had little support at the grassroots level and was facing a huge outside-of-Washington backlash.  With corporations spending big money to enact CISPA, similar citizen engagement is needed to ensure a fair democratic process and a result that protects the public interest.