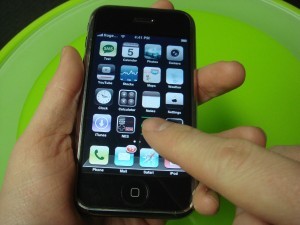 Ten organizations, including Public Campaign, Citizens for Responsibility and Ethics in Washington (CREW), Demos, Public Citizen, and U.S. PIRG, as well as United Republic, sent a letter to the Federal Elections Commission (FEC) endorsing an earlier request by two companies to allow text message campaign contributions to better let small donors participate in elections. The two consulting firms, one from each party, have asked the FEC to allow donations of $50 or less, which could be made anonymously under federal guidelines.

As we simultaneously work to reduce the role of unchecked Super PACs and corporate special interest spending, we must also support small donors, who continue to have a diminished role in the political process. In the 2010 elections, Senate candidates received only about 11.5% of their total funding from donors contributing less than $200, and House candidates on average received no more than 9% of total campaign money from small donors…

Small donors are a critical component of our democratic process, and technology can play a crucial role in helping to empower the voices of more Americans. More than 30 million Americans have texted a contribution to a charitable cause, and many people would likely text a donation to a political candidate if the practice is enabled.

The letter went on to outline other potential benefits of text message contributions, including a low cost, and the ability to let lawmakers spend more time with constituents. The idea is modeled after text donation campaigns conducted by the American Red Cross in Japan and Haiti after those countries’ major natural disasters. According to the Washington Post, the biggest “stumbling block” is the rule that campaigns must deposit donations within 10 days of receiving them:

The firms say they have come up with a way around the problem, by using a third-party aggregator that works with cellphone companies on business and charity transactions:

The arrangement would work a bit like a public-radio pledge drive: The contributor would pledge a certain amount, say $10, to a campaign. The campaign would then sell that pledge to an aggregator for a portion of the amount — say $7 out of $10 — and would be given the rest of the money, minus a small service fee, once the transaction went through.