The coal lobby just kicked off a $40 million campaign to manipulate the election cycle. In 2008, the industry planted questions in town hall events to coerce candidates like John McCain, Mitt Romney, Hillary Clinton, and Barack Obama to support coal-friendly policies. This year, the effort seems quite similar — but the first ad of the campaign actually mocks Occupy Wall Street.

During the ad, an image of Occupy protesters flashes across the screen as the narrator states: “It’s time we focus on reality instead of rhetoric.” View a screenshot below: 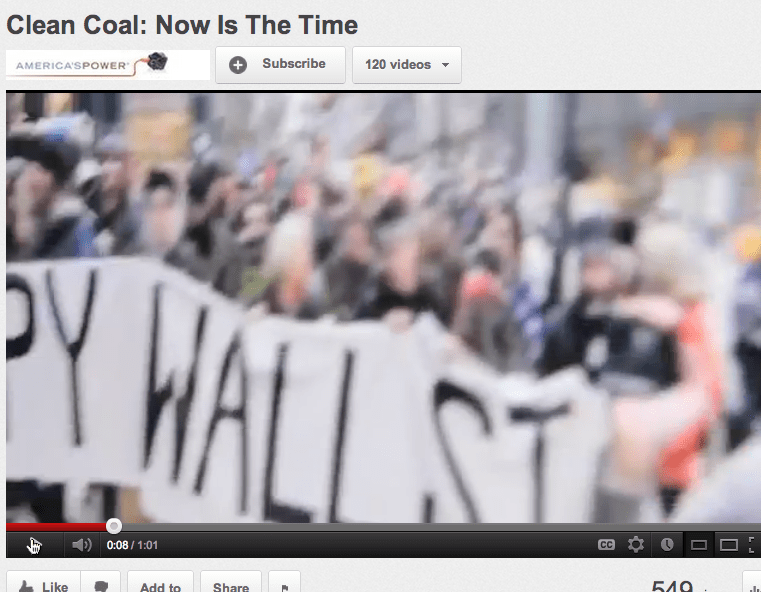 The coal lobby thinks “reality” is a world dependent on their dangerous product. Coal-fired power plants kill at least 13,000 people a year by spewing over 386,000 tons of pollutants, including mercury, into the air. Coal is also the most significant driver of carbon emissions, making the industry responsible for global warming that will cause more extreme weather, droughts, famine, crop failures, mass extinction of various species, as well as flooding. Coal is hardly even a source of middle class jobs given efforts by major coal companies to bust their respective unions.

And just as coal pollutes the air and water, the coal lobby pollutes our political system with tens of millions of dollars spent on influencing legislators, funding front groups, and broadcasting ridiculous propaganda.