Chamber Of Commerce Harms Veterans With Its Support For Predatory Colleges 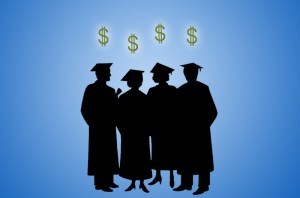 Last April, the Los Angeles Times reported that the “unemployment rate for veterans of Afghanistan and Iraq is 10.3%, according to the Bureau of Labor Statistics. For veterans age 24 and under, the rate is 29.1%, or 12 points higher than for civilians the same age. That compares with 8.2% unemployment nationally, and 7.5% for all veterans.”

One of Washington’s most powerful corporate front groups, the U.S. Chamber of Commerce, says that it is stepping up to help these unemployed veterans. It has launched a “Hiring Our Heroes” program to work with its corporate members to hire these jobless vets.

But at the very same time the Chamber is calling on its members to hire veterans who badly need jobs, the organization is using its lobbying clout to side with powerful corporate interests whose practices are ruining the lives of veterans, active duty troops, and their families by burying them in debt from shoddy education programs.

The for-profit college industry — which includes big corporations like  University of Phoenix, DeVry, ITT, EDMC, Corinthian, and the Washington Post’s Kaplan University — has become notorious in recent months for ripping off veterans, with deceptive recruitment practices, l0w-quality instruction, sky-high prices, high dropout rates, and poor job placement. And the taxpayers have been on the hook for this rip-off, as “for-profit colleges received more than half of the $563-million in Department of Defense tuition assistance paid to active-duty service members in the 2011 fiscal year.” Many of the big for-profit college companies get more than 90 percent of their revenue from federal tax dollars.

The Obama administration has moved to try to curb the flow of federal money to the worst for-profit colleges, those that fail to give students the education they need to find meaningful jobs, by creating a new “gainful employment” rule.

The Chamber of Commerce has attacked this new rule, claiming it represents “intentional interference with market forces” — a baseless claim given the fact that they simply work to cut off the flow of public — not private — dollars to abusive institutions. The Chamber also lobbied to overturn separate Obama Administration rules that target deceptive marketing and manipulation of student credit hours and thereby provide tougher oversight over the industry. For this lobbying effort the Chamber hired Margaret Spellings, who was Secretary of Education under George W. Bush. Just this week, Spellings was named to the Board of Directors of the Apollo Group, which runs the University of Phoenix.

The Chamber wants to display its support for America’s veterans by urging corporations to hire them. But it undermines that support by pressing Congress to eliminate accountability for wealthy corporations that have been ripping off our men and women in uniform with subprime education programs.