posted at 3:45 pm by Suzanne Merkelson 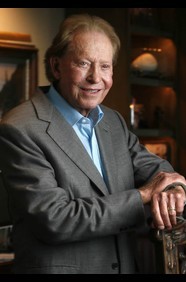 Harold Simmons has spent $16 million so far this election season, making him one of the biggest presidential super PAC sugar daddies. Simmons recently said he was prepared to spend at least $36 million to beat President Obama, “for the good of the country.”

But Simmons isn’t just spreading his wealth to help others. He’s hoping to profit from the millions of dollars he’s using to influence the government. Specifically, he wants the government to help him fill a radioactive waste dump he built in West Texas.

According to BusinessWeek, Simmons can’t find enough of the specific kind of radioactive waste to fill his dump, which is bigger than 1,000 football fields. So he’s asking the Obama administration for some help:

To turn it into a profitable enterprise, the Texas billionaire hired lobbyists to urge the Obama administration to expand the types of nuclear waste, including depleted uranium, the dump can accept and award his company disposal contracts. If the Nuclear Regulatory Commission changes the rule, it could open access to a market worth billions. The deadline for a decision is in 2014.

Most of Simmons’ donations have gone to American Crossroads, the Karl Rove-guided super PAC devoted to defeating Obama and other Democrats in 2012. He’s also given money to Restore Our Future, the Mitt Romney-backing super PAC. Romney has called for a “fast-tracked permitting process for new nuclear plants” that could help Simmons and his company, Waste Control Specialists LLC.

Naturally, spending that much means sometimes you make pretty stupid investments. The PAC associated with Simmons’ firm, Contran, gave money to the Rick Perry 2012 Victory Committee, which is an invention of “the nation’s oddest super PAC treasurer,” Josue Larose, and not actually supportive of the Texas governor and former Republican presidential candidate.