America’s Gulag: The Money (in Politics) Behind Prison Privatization

posted at 6:00 pm by Nick Penniman 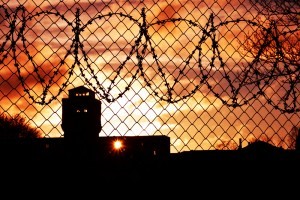 The Huffington Post published an excellent piece yesterday by reporter Chris Kirkham describing how the Corrections Corporation of America (CCA) wants to buy up state prisons, all under the guise of helping state governments deal with their budget shortfalls.

Called the Corrections Investment Initiative (sounds so positive, right?), it’s a sickening display of exploitive behavior – perhaps best underscored by the fact that the CCA stipulates in its “investment” overture that, as part of the deal, the states need to keep the prisons packed. Their language for it: “An assurance by the agency partner [the state] that the agency has sufficient inmate population to maintain a minimum 90 percent occupancy rate over the term of the contract.”

It reminded me of a recent article in the New Yorker by the game-changing journalist Adam Gopnik:

Yet the one major element that is missing from both Gopnik’s and Kirkham’s coverage of private prisons is the very element that is at the core of the prison industry’s power (and so much of our country’s dysfunction) – money’s domination of politics.

Private prisons are a booming business. Over the past ten years, the two largest prison companies (CCA and GEO Group) saw their annual revenue double. The best way to drive up revenue, of course is to keep incarceration rates climbing. From CCA’s filings with the Securities and Exchange Commission:

“The demand for our facilities and services could be adversely affected by the relaxation of enforcement efforts, leniency in conviction or parole standards and sentencing practices or through the decriminalization of certain activities that are currently proscribed by our criminal laws,” the company’s most recent annual filing noted. “For instance, any changes with respect to drugs and controlled substances or illegal immigration could affect the number of persons arrested, convicted, and sentenced, thereby potentially reducing demand for correctional facilities to house them.”

The private prison companies that comprise this new American Gulag thus have a clear economic incentive to maintain the status quo. So how do they keep the demand for their services rising?
Click more to continue reading

Here are the facts, gleaned from great groups like Public Campaign, the Center for Responsive Politics, and the Sunlight Foundation:

-Private prison companies spend millions lobbying the government to support policies favorable to them. Since 2001, CCA and others have spent over $22 million lobbying Congress ($17 million was spent by CCA alone during that time period). Last year, CCA was represented by 37 different lobbyists, many of whom once worked on Capitol Hill, including Vic Fazio, a former U.S. congressman from California.

-What are they lobbying for? One recent effort by CCA and GEO Group was to increase funding to Immigration Customs and Enforcement, which enforces immigration policies that send many undocumented immigrants to jail. CCA has lobbied the U.S. House, Senate, and the U.S. Marshals Service, and joined a diverse spread of groups lobbying the Bureau of Prisons last year, including the High Concrete Group, the American Academy of Physician Assistants, and the American Apparel and Footwear Association.

-Private prison companies work with ALEC (the American Legislative Exchange Council), an ideologically conservative organization that unites state lawmakers with corporations, to secure the passage of favorable policies. Through ALEC, they’ve lobbied for harsher sentencing for nonviolent offenses (often drug-related) and anti-immigrant legislation. Most notoriously, ALEC was involved in passing a controversial anti-immigrant law in Arizona in 2010, one that directly benefited private prison corporations.

–For-profit prison corporations strategically donate to political campaigns both nationally and locally, maintaining political action committees (PACs) as well as donating on an individual level. Nationally, the PACs and executives of private prison companies have given at least $3.3 million to political parties, candidates, and other PACs since 2001, reports Public Campaign.

–Furthermore, the private prison industry has given more than $7.3 million to state candidates and political parties since 2001, with local donations spiking at $1.9 million in 2010.

Like most lobbying efforts by big corporations, the for-profit prison industry benefits not just by sending cash to lobbyists and politicians. It also profits from having friends and former employees in high places.

John Kasich is one example. He served as a U.S. representative from Ohio for two decades, retiring in 2000 and taking a position in Ohio with Lehman Brothers – a company with many ties to the private prison industry, including CCA. Kasich won the governorship of Ohio in 2010 and intensified efforts to privatize state prisons, including appointing a former CCA associate as head of the state’s Department of Corrections. Kasich was also once a member of ALEC.

Last year, Ohio became the first state to sell off a prison to a corporation – and that corporation? You guessed it: CCA.

Sadly, this list could go on and on. The amount of graft and manipulation that leads to laws favoring America’s Gulag is both stunning and sickening.

But it’s no different than what you find in other major industries – especially industries that work in and around the Big Problems we all seem so incapable of fixing – energy, finance, housing, public health, manufacturing.

Combine a powerful industry with the state budget crisis, add the corrupting influence of money in politics, and this is what you get.

If we are to reform the prison system, and fix the other Big Problems, we must first reform the lobbying and campaign financing systems.

And to do that, we need to build an all-American (left, right, center) movement that links up these pernicious issues to the cause of democracy reform, put our other differences aside, and strike ferociously at the root of the sources of power that enable the American Gulags, of all sorts, to run our country.