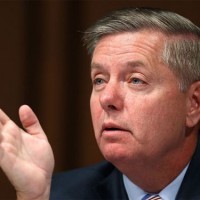 In our broken campaign finance system, Members of Congress know that they can introduce and advocate for legislation that benefits a certain industry or special interest group and then be lavished with campaign contributions from the same interests.

On June 11th, Senator Lindsey Graham (R-SC) introduced a bill titled the “South Carolina Off-shore Drilling Act,” which would authorize the federal government to include certain areas off of the coast of South Carolina to be opened up for oil drilling between fiscal years 2012 and 2017.

“We’re not trying anything but fossil fuels in this state,” complained state Sierra Club representative Susan Corbett said after Graham introduced his bill. “There has been virtually no investment in any alternative energy or energy efficiency that are the true home-grown, independent sources of energy.”

But environmentalists aren’t the ones writing checks to the senator from South Carolina.

Three days after Graham introduced his bill, the American Gas Association (AGA) — the powerful lobbying group of natural gas utilities that has supported the lifting of offshore drilling bans in the past — attended a fundraiser with him in Washington, D.C. The AGA was joined by the political action committee (PAC) of Duke Energy, NEI Federal Power PAC (representing nuclear energy), and the Power PAC of the Edison Electrical Institute (electric power plants).

This would be the sort of blatant behavior you might expect in a bad movie set in a developing nation. But unfortunately, it’s happening, for real, in the US of A.