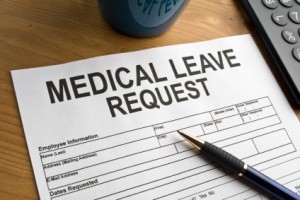 The United States is the only developed nation that does not require employers to give their employees paid sick leave. For many Americans, that means choosing between their pay and their health — a devil’s choice if there ever was one.

Philadelphia’s Claudia Rendon had to face that choice late last year. She was fired after taking some time off to donate her kidney to her son to save his life. Watch her story:

Thankfully, media outrage forced her employer to offer to pay her until another position opened up. But of course not all workers are so fortunate.

In 2009, Rep. Rosa DeLauro (D-CT) introduced a bill called the Healthy Families Act that would require businesses that have at least 15 employees to offer some paid sick time to their employees. Although it gained an impressive 125 co-sponsors, it never made any progress in the Democratic Party-controlled House of Representatives, let alone the Senate.

A quick look at the interests backing and opposing the bill explains why. After the bill was introduced, a number of labor unions, faith groups, and non-profit organizations declared themselves in support. But on the other side of the issue was virtually every titan in corporate lobbying — ranging from the powerful U.S. Chamber of Commerce to the American Hotel and Lodging Association to the National Retail Federation. That’s right, these businesses all worked to ensure that the waitress handling your food could be sick with the flu.

But Big Money hasn’t just taken aim at paid sick leave on the federal level. In Denver, Colorado, the local chamber of commerce worked with restaurants and business-backed tourism groups to finance a propaganda campaign in 2011 against that city’s paid sick leave referendum. Voters were spooked, and the referendum was defeated.

If we’re ever going to catch up to 145 countries that require some sort of paid sick leave, we’re going to have to tackle money in our politics first.