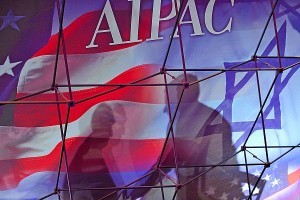 But dig a little deeper into the bill, and you’ll find language that ratchets up the level of confrontation with Iran, potentially boxing in the Obama Administration and undermining the chances to keep Iran from acquiring a nuclear weapon while avoiding war.  The bill seeks to demand certain actions from President Obama that go beyond existing policy towards Iran. It “urges the President to reaffirm the unacceptability of an Iran with nuclear-weapons capability and opposition to any policy that would rely on containment as an option in response to the Iranian nuclear threat.”

That sentence creates a red line around the words “nuclear-weapons capability.” Although there is no hard evidence that Iran is for sure seeking to create a nuclear bomb or that it is anywhere near the capability to do so, this resolution says that if Iran even has the ability to create a nuclear weapon one day in the future, it is unacceptable, and, morover, that even in the event of such capability, as opposed to actual possession of a weapon, containment of the threat — using sanctions, diplomacy and other means to avoid actual weaponization — is not even an option.  So, then, what would be left as an option? Perhaps only U.S. military action against Iran. Such a risky ramping up of U.S. policy would make war more likely.

Digging into lobbying disclosures, I discovered that one of Capitol Hill’s most formidable special interest groups, the American Israel Public Affairs Committee (AIPAC), is behind the bill. It had fielded nine lobbyists so far this year, and has spent $710,848.58 lobbying on a variety of bills, including this House resolution and its Senate companion. Earlier this year, we demonstrated how AIPAC’s hawkish advocacy tends to have more clout on Capitol Hill via a graph showing how much it outspends a more moderate counterpart on congressional junkets to Israel:

The group is so influential that Members of Congress often take bills and letters it has created and simply ship them off to colleagues unchanged. In 2009, Reps. Steny Hoyer (D-MD) and Eric Cantor (R-VA) forgot to take the words “AIPAC” off of a letter they sent to their colleagues urging the president to take certain actions on the middle east conflict.

If the United States is to find a peaceful resolution of the Iran situation, it is important for Members of Congress to not simply go along with powerful interest groups like AIPAC but instead to carefully weigh the benefits and risks of its actions.